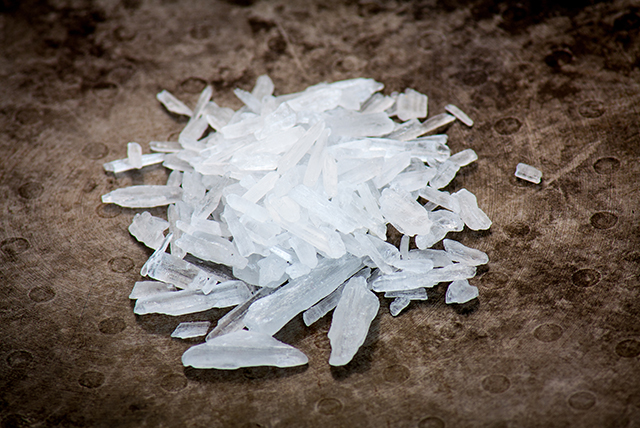 The Gratis Police Department (GPD) in Ohio has come up with a wacky post on social media to check the abuse of methamphetamine, which is spiraling out of control across the country. In a recent post on the GPD’s Facebook page, it offered to check for free whether one’s supply of meth is adulterated with Zika virus.

Interestingly, as it is known, the Zika virus is transmitted through the bite of an infected female Aedes aegypti mosquito. There is no other known way of virus transmission, so at first glance the police post seems silly, rather inane. In fact, the police post did come with a disclaimer at the bottom: “methamphetamine can’t be a host for the zika virus.”

However, thanks to its silliness, the Facebook update of May 28, 2018 had been shared over 7,300 times within three days. Not surprisingly, no one has taken up the department’s offer. But then the department was not hoping to catch a drug user, or put him/her in jail anyway. The purpose was quite different – to create awareness in the rural community which has seen a spike in meth use.

Assistant police chief Dennis Blankenship now plans to make changes in the original post, so that it mentions rehabilitation facilities in the area where people can easily access treatment. “A lot of places are super-hard on drug addicts,” he said, adding, “We want to offer help.” He plans more of such catchy posts offering to test meth – just to spread awareness far and wide.

Though meth abuse is widespread across the country, the problem is more acute in rural areas. Here people have greater risks for getting addicted to opioids and other drugs. One of the reasons behind the chronic drug habit is the tendency of people to self-medicate their chronic stress and economic woes through self-medication.

The other reason is that the rural economy even to this day is driven by manufacturing, mining and farming, which are more accident or injury prone. In most areas the drug habit starts quite innocently. It begins with the abuse of prescription opioids. With the rural economy slowing down and the avenues for employment shrinking, it is increasingly becoming common for people to complain of pain.

In response, they are provided opiate medications. However, with time not only do they get addicted to the drug, but they also feel the need for more potent medications. Unfortunately, rural areas lack in treatment options, and even alternative form of treatment like physical therapy is not available with ease and drugs or prescription painkillers are the only options left with the doctors.

Even medication-assisted treatment (MAT) is hard to avail, so the user has either to travel miles for buprenorphine, a drug used for weaning the addiction patients off opioids and other drugs. In such circumstances, it is common for the users in far-flung counties to abuse drugs like heroin and meth. Initially most of the meth was produced within the country, but now a majority comes from across the borders.

Long-term abuse of meth can lead to weight loss, paranoia, hallucinations, sleeping problems, violent behavior, etc. Meth overdose can lead to stroke, heart attack or kidney failure. The Ohio police initiative is praiseworthy. It not only garners attention, but also makes people sit up and pay attention to what is happening in their backyard. But more importantly, it makes people realize that they are not alone in their fight.