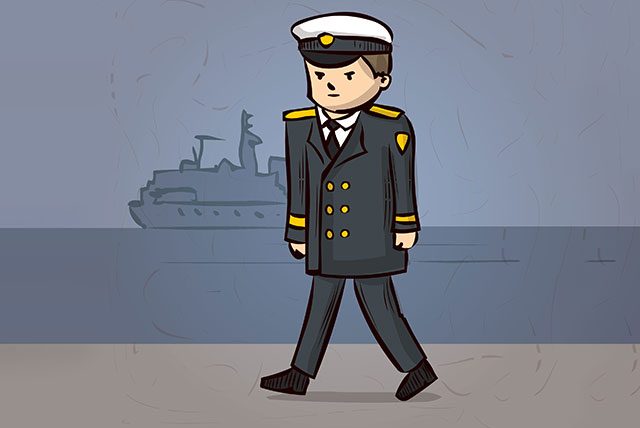 Exposure to a chemical used in cleaning and degreasing vehicles and aircraft made a British naval engineer a victim of anxiety disorder, forcing him to guzzle down three bottles of wine and consume 11 pills every day to assuage his symptoms. A five-year exposure to such hazardous environment and chemicals impaled this brilliant navy engineer psychologically and he started exhibiting symptoms of severe anxiety.

The naval engineer was the topper of his batch, with no family history of mental illnesses but contracted the debilitating mental disorder after an exposure to metal-cleaning chemical trichloroethylene. Unfortunately, the officer might have to suffer for at least another 20 years. However, the navy has agreed to shoulder complete legal responsibility for his condition.

Patient had no family history of mental disorders

As part of the naval engineering crew, the officer had to use trichloroethylene for cleaning and degreasing every day by spraying it from a can onto a cloth. “Every [one] who used it seemed to get high from the fumes,” he said in an official statement. According to BMJ Case Reports, he went to the hospital with a host of complaints, including shaking, a tight chest, blurred vision, hyperventilation, headache and a tingling sensation on the right side of his face.

Although there was no predisposition to any similar health problem, whether a family history, illicit drug use or severe alcohol consumption, the navy engineer had to face the ordeal. When he visited the hospital, all his tests—blood tests, physical examination and MRI scans— were normal. Initially, he had delirium tremens (defined as confusion and hyperactivity and severe alcohol withdrawal) and the doctors treated him with sedative chlordiazepoxide. They discharged him after two weeks, seeing an improvement in his symptoms.

However, the real problem started when the symptoms resurfaced, with increased severity, affecting his ability to perform daily chores.

The patient’s symptoms worsened after being recommended antidepressant paroxetine and he started taking antidepressant clomipramine and sedative diazepam. When a specialist assessed his condition, it became known that he was suffering from the impact of protracted exposure to TCE. The specialist diagnosed him with “organic anxiety secondary to solvent neurotoxicity.” The initial dilemma led to a delay in his treatment, which further worsened his condition.

Looking at his case, doctors from the institute said that medics should consider a patient’s vocational background in detail when diagnosing mental illnesses like anxiety disorders.

Although it is normal to have a certain level of anxiety, intervention should be sought when it comes in the way of an individual’s daily activities. According to the Anxiety and Depression Association of America (ADDA), anxiety disorders are the most common mental illnesses in the United States, affecting 40 million adults in the country aged 18 years and older (18.1 percent). However, only 36.9 percent of those affected receive treatment. If you have a loved one suffering from anxiety, seek immediate help from a credible anxiety disorder treatment center in your vicinity.