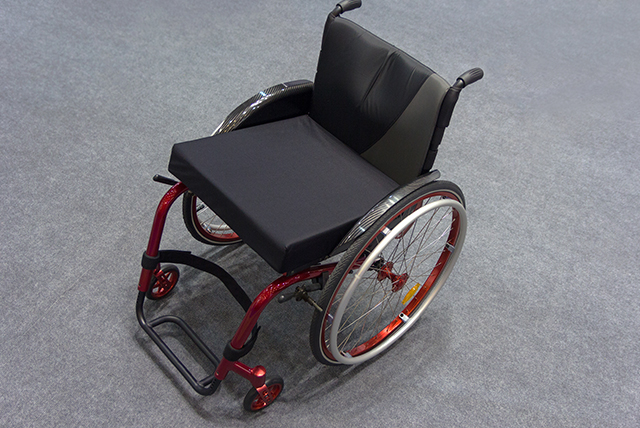 Customs officials at John F. Kennedy International Airport recently arrested a 33-year-old woman for allegedly smuggling 27 pounds of cocaine into the country by stashing the drug beneath the seat of a motorized wheelchair. The lumpy seat of the wheelchair raised suspicion among the officials, who sprang into action and rounded up the woman.

As the woman alighted the JetBlue flight, Customs and Border Protection (CBO) officials felt something amiss with the motorized wheelchair’s cushion chair. Moreover, while presenting her bags during security checking, she appeared visibly shaken, which strengthened their suspicion.

The woman, a U.S. resident, had just alighted a flight from St. Lucia when customs officials intercepted her, spotting the unusually elevated back seat cushion of the wheelchair. They summoned a sniffer dog that confirmed the presence of drugs inside the cushioned chair. Tearing open the wheelchair cushion, they unearthed 10 bricks of blow valued at about $468,000.

The woman faces charges for trying to smuggle drugs after her immediate detention at the airport. Commending the swift action of the officials, Leon Hayward, acting director of field operations for New York, said that the incident exemplifies the vigilance of CBP officials and their excellence in detecting any fishy activities like smuggling illegal substances.

Pilferage of drugs through airports a common modus operandi

There are numerous cases of people trying out innovative ways to smuggle drugs across borders. And smuggling through airports is a common method of drug trafficking. Every now and then, drug busts of mammoth proportion are witnessed at airports.

In August 2016, the U.S. Customs and Border Protection officials uncovered more than 4,000 pounds of marijuana valued at $812,836 hidden among limes. There were 528 packages of the drug stashed in the shipment of limes that was being transported in a white Freightliner tractor at the Pharr International Bridge cargo facility. In two separate incidents in July 2016, border agents found well over 200 pounds of meth hidden in shipments of jalapenos and cucumbers at the Pharr International Bridge cargo facility.

Handling a drug overdose is quite traumatic for both the user and his or her loved ones. Friends and family members are often shocked and shaken to discover a loved one getting addicted to substances. However, on encountering such a situation, the right step is to go for timely intervention and not panic and feel guilty. The victim invariably is in need of love and support from the loved ones. Heading straight to a credible rehab is the first task. An overdose may also be the turning point in the life of a person dependent on substances. Deciding to opt for a treatment could be the onset of a sober life ahead.

Substance abuse, particularly opioid misuse, is one of the biggest mess in the United States. Millions of people have succumbed to opioid overdoses, with numbers rising gradually over the years. Hence, the time has come to initiate comprehensive programs and save the lives of people. If you have a loved one battling drugs, look for immediate treatment procedures. Scout for information related to addiction and try to get the best treatment available. Any delay can exacerbate the situation.