Non-alcoholic version of abbey beer to be launched in Belgium in early 2019
What’s Trending Jan 08, 2019 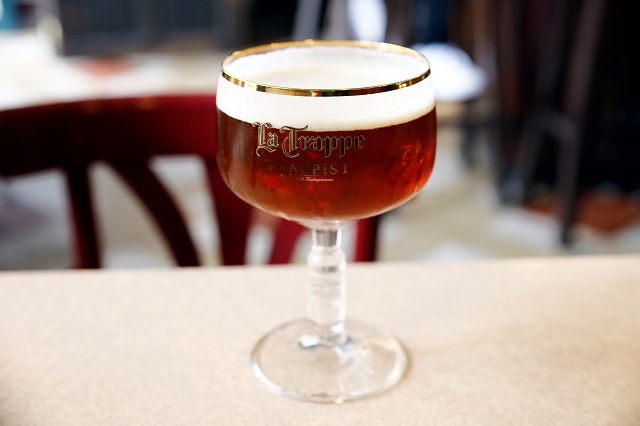 Abbey beers are prepared either by monks directly or by those who have a license from them. While the conservative society may call it a violation of the tradition, the brewer shared that this was a move aimed to adjust to the changing scene of beer in Belgium where the healthy revolution is taking on and threatening the monks tipple.

Wheat beers and non-alcoholic lagers are gaining popularity in Belgium and their sales have shown a 30 percent growth in 2018. Findings from a recent survey showed that nearly 62 percent Belgians thought that they drank a lot. This was in the wake of a recent incident where a student died in an initiation game propelled by alcohol.

Leffe beers have a fruity bitter undertone with a hint of smoky notes, vanilla and cloves and usually have a 6.6 percent alcohol content. The brewer has developed a de-alcoholisation process in which the alcohol is removed after the fermentation process, so that the well-recognized taste of the beer is preserved.

Eoghan Walsh, a celebrated beer writer, shared that these beers derive their popularity from their strong flavor and high strength. Further, Belgium has a tradition of brewing, which is an integral part of the Belgian foundation. In such a setting, a non-alcoholic abbey beer is a major deviation from the historical brewing culture.

Abbey beers are similar to the popular Trappist beers but they do not have a label because a part of the revenue from the Trappist beers goes for charity. Arnaud Hanset from AB InBev shared that they were fortunate to be able to produce and launch the non-alcoholic version which measured up to the authenticity and quality of the alcoholic Leffe abbey beer. According to AB InBev, which is headquartered in the Flemish university town of Leuven, nearly 20 percent of the total beer produced the world over would either be non-alcoholic or have low alcoholic content by 2025.

Staying away from alcohol

Consumption of alcohol can cause dependence and then addiction, which can lead to drunk driving, violence, unsafe sexual practices, strained relationships and financial troubles. In addition, it can cause neurotransmitter changes in the brain and cognitive deficits. It may also cause behavioral changes. Further, excessive intake of alcohol may cause cardiomyopathy, arrhythmias, and hypertension. Alcohol intake for even a few days may cause steatosis or fatty liver disease and/or liver fibrosis which may lead to insulin resistance, type 2 diabetes, jaundice and even cancer. It is important that one seeks professional help before it is too late for disease remission.