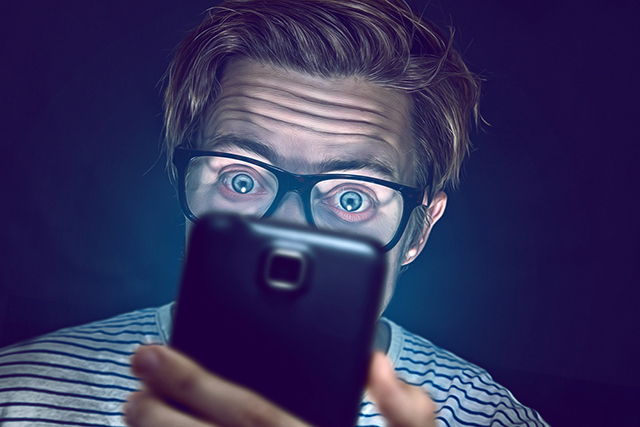 Let’s face it. Smartphone addiction is real and it’s on the rise. Though cell phones allow individuals to connect, form networks, and get entertainment and unlimited access to information, their addiction is harming the minds of the young ones. This form of addiction is difficult to spot until it starts affecting one’s ability to study or work, interfering with one’s social life and causing disturbances in relationships. It’s a real problem of the modern world that continues to affect people across the globe.

To cure addiction, many ways and methods are being adopted like establishing phone-free zones, and engaging in real human contact and activities of personal interest. To add to the list is an app called Hold that aims to overcome one’s blinding obsession with phone and internet.

Created by three Norwegians, the app was first launched in Norway in February 2016 with 50,000 downloads in its first three months. The idea is to use Nordic app to combat smartphone addiction among students by rewarding them for leaving their phones unused. According to the app’s co-founders, they are trying to change the relationship people share with their phones. They are not forcing people to stop using their phones but are persuading them to change their “long-term habits” and make a conscious choice of using their device. As per the creators, their focus is on students who are hit the hardest by smartphone addiction. Research has established that nearly half of the American teen population is addicted to phones, with nomophobia becoming more popular.

The app that is available on the iOS and Android platform can detect when a user uses his/her phone. Depending on the duration of avoiding the temptation, the app then gives points to the user. It tracks the continuous minutes during the day that a user does not use his/her smartphone and rewards for showing restraint. For every 20 minutes spent without touching the phone, a user receives 10 points. To collect more points, the users have to leave their phones untouched for as long as possible. The points thus accrued can be exchanged for snacks and cinema tickets.

The seriousness of the issue and long-term consequences of smartphone addiction have been acknowledged by even Apple investors. They have asked the tech giant to recognize and find ways to check the growing habit among children. The investors have urged the tech giant to allow parents to block social media services, limit screen time and the number of hours the phone can be used, and allow parents to be able to set the user’s age on setup.