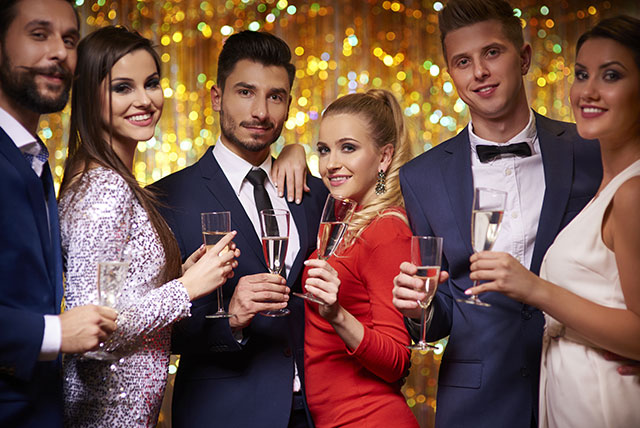 With growing instances of inappropriate behavior by drunk employees, alcohol-filled corporate holiday bashes could be a thing of the past in the United States. According to a recent survey by the global outplacement consultancy firm Challenger, Gray & Christmas, Inc., human resources (HR) personnel across the country have expressed concerns about serving alcohol in their annual company holiday parties.

The firm interviewed about 150 HR executives nationwide about their organizations’ plans to throw the yearly holiday parties. The survey revealed that about 11 percent companies may not host a holiday bash in 2017 after unpleasant experiences in the past. In fact, this is the highest percentage recorded since 2010, when around 24 percent of companies in the U.S. decided to avoid parties during the holiday season. Last year, just about 4 percent of employers decided not to throw parties during the festive season.

“Employers are currently very wary of creating an environment where inappropriate contact between employees could occur,” said Andrew Challenger, Vice President of Challenger, Gray & Christmas, Inc. According to him, limiting the number of invitees, hosting the party on a working day and excluding alcohol from the menu are some of the ways to avert troubles. The findings also suggest that more than 15 percent companies plan to slash their budgets for such parties. Besides, the survey predicts a significant reduction in use of alcohol and external services such as caterers or lengthy guest lists.

Corporate get-togethers and bashes, which once used to be a tool to get the right talent into the organization as well as retain great performers, have been witnessing a decline. In recent years, yearend bashes have become hotspots for anti-social activities like drug use, sexual misconduct and other acts of inappropriate behavior, which may bring disrepute to the company, especially if a lawsuit is the inevitable outcome of such an incident.

Excessive drinking can be dangerous

Alcohol is one of the oldest recreational drugs in existence. During the holiday season, many Americans indulge in heavier-than-usual drinking behaviors, and actually end up not remembering what they did last night. Over the years, drinking has become an integral part of contemporary American lifestyle, making it a socially and culturally acceptable drug. However, on the flipside, such risky associations have led to an immense burden on individuals, families, and communities across the country. According to the National Survey on Drug Use and Health (NSDUH), in 2016 alone, an estimated 65.3 million individuals aged 12 or older were binge alcohol users in the past 30 days.

Addiction to alcohol is a serious mental health disorder and the victim is unable to resist the urge to drink. When dealing with individuals struggling with alcoholism, there is no one-size-fits-all solution. What may work for one person may not work for the other person. The different approaches used to deal with alcohol use disorder (AUD) are cognitive behavioral therapy (CBT), medications and enrolling patients in mutual support groups.