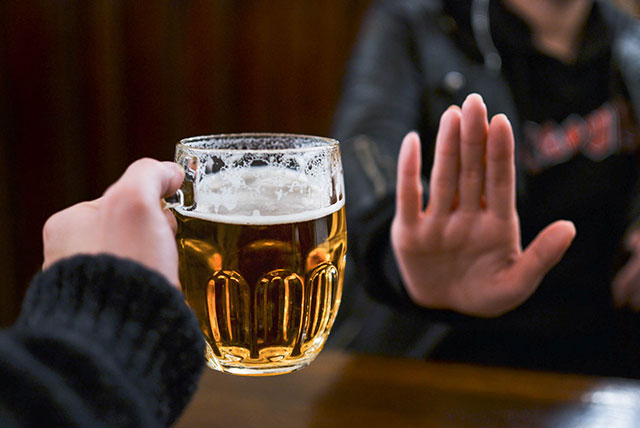 The month of December the world over is an endless tale of drinking and dining sprees. Even for a reluctant drinker, it is difficult to avoid alcohol, as there are revelers and merrymakers all around who believe that no festivity is complete without raising the customary toast. As the New Year dawns and one examines his/her expanding waistline and studies the reflection in the mirror that seems a pale shadow of their former shelf, devoid of sparkle, one realizes that the biggest challenge that lies ahead is undoing the effects of binge drinking from the previous year.

Staying sober then seems to be the best, but the hardest thing to do. This is why the month of January has become synonymous with teetotalers, as many people decide to go dry. During the Dry January challenge, one is required to stay off alcohol for 31 days. The advantage is that at the end of the month long sobriety period, one feels rejuvenated, recharged and fresh. Physicians consider this a good idea, as after the month-long feasting and partying; refraining from alcoholic beverages and calorie-rich food is a good way of giving rest to the body’s vital organs — liver, the kidneys and the gastrointestinal tract —  overburdened by the excesses.

Some of the other advantages of staying sober are listed below.

While the practice of giving up alcohol for a month is effective, people who indulge in regular drinking or those with a chronic alcoholism problem should talk to a counsellor to get the right guidance about the most effective treatment program.