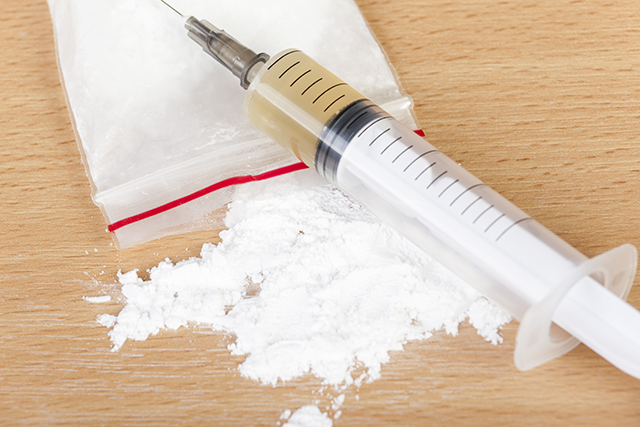 Conventionally, the heroin manufactured in Mexico is dark brown and commonly known as Mexican tar, which has been the drug of choice in cities on the West Coast of the United States. However, many people, mainly users on the East Coast – are favoring “China white,” a white variety of heroin being produced in Mexico.

China white was popularized by Chinese traffickers during the onset of the 20th century who brought the drug from the Golden Triangle region in Southeast Asia. However, over the decades, Colombia rose to become the major producer of heroin for American consumers by copying traditional processing methods from the Asians. But Mexican cartels took over the heroin-manufacturing business from the Colombians in 2013, and are the leading providers of white heroin to consumers in the U.S.

The infamous Sinaloa cartel of Mexico has been one of the major suppliers of the drug to both the Mexican mafia and Mara Salvatrucha (MS-13), an international criminal gang comprising mostly of Central Americans, with a significant presence in Los Angeles County and the San Francisco Bay Area in Northern California.

The criminal network of narcotic traffickers comprises of imprisoned gang members from across various California prisons. However, the final decisions are made by the top brass of the Mexican mafia and MS-13 jailed in Pelican Bay, a maximum-security facility in California.

According to officials of the Ventura County Sheriff in California, Ventura County has been the epicenter of operations for criminal narcotic traffickers responsible for distribution of China white throughout the country. Gang members receive huge loads of drug consignments coming from Mexico, which are then shipped to other U.S. states such as Texas, Mississippi or New York.

China white is the street name for a heroin substitute made from fentanyl, a fast-acting and powerful prescription painkiller. In powdered form, the drug can be inhaled or injected to get a mighty high. In the recent past, several drug dealers have resorted to cutting heroin with China white to maximize its potency. Failure in doing this correctly can result in sudden death for the unwary user.

Similar to other drugs, China white is known to alter the brain’s reward or pleasure centers to cause dependence on the drug. Further, it also has an immediate effect on the body and even small amounts can impair the respiratory system to a large extent. As a central nervous system (CNS) depressant, it can be extremely lethal if combined with any other CNS depressant like alcohol or heroin. Repeated use of China white can make an individual vulnerable to major bouts of anxiety and depression, personality disorders and paranoia.

Hooked Sober is a source for information about drugs, alcohol, eating disorders and mental disorders. Please send all your questions, concerns or comments to [email protected]