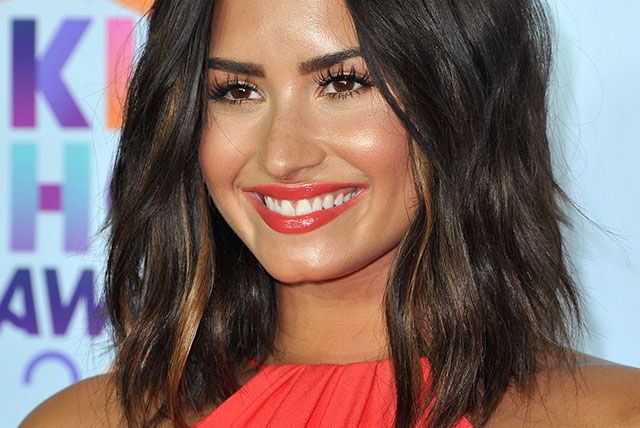 Poster girl of sobriety and successful rehab, singer, songwriter and actress Demi Lovato has recently revealed her tryst with substance abuse in her documentary “Demi Lovato: Simply Complicated”. The film showcases her candid admissions about drug use in 2012 and her relapse two years after checking into a rehab in 2010.

Lovato was not ready for a sober life despite checking into a rehab. Speaking about her relapse in 2012, a couple of years after she had become sober, she said, “I wasn’t working my [recovery] program.” She revealed that she was sneaking cocaine into planes and in bathrooms. She also said that she went on benders for months, using alcohol every day. “I was using while I had a sober companion, and I went through about 20 different sober companions. I would sneak out and get drugs,” she confessed.

The “Sorry not sorry” singer also said that she faked drug tests by submitting other’s urine for tests. Once she choked after doing coke and gulping a couple of Xanax bars. The effect of the drugs made her heart beat faster. She said that she thought that she was overdosing at that moment.

The documentary released on YouTube on Oct. 18, 2017, portrays the darker times of Lovato, especially her days of relapse. The 78-minute film presents the life of the 25-year-old in such details that it would certainly astound many of her fans.

The film also features her manager Phil McIntyre, who talks about discovering that Lovato was using “something”. He realized this when she was in New York promoting her sobriety revival. It was then that McIntyre threatened to leave her if she did not “clean up her act”. “It was the showdown of all showdowns. I worked with everyone on the team, business managers, agents, attorneys, everybody, to say, ‘If Phil walks, we walk’,” he said.

The thought of losing everybody and everything that she had built made her take rehab seriously. She realized that #ItTakesRealCourageTo resist temptations and come out victorious at the end, especially when the fight is against highly addictive substances, like drugs and alcohol. Yet, she took the challenge.

A peep into her childhood

The documentary delves into Lovato’s childhood and how she got initiated into cocaine and alcohol. Her father used to do drugs and was dependent on alcohol. He preferred substances to his family. As a child, she witnessed all this and later tried to find what her father sought in drugs and alcohol.

Lovato also shares an incident when she got into a scuffle with her backup dancer in 2010, punching her for revealing the singer’s Adderall use. The short biopic further reveals how she bounced back from the clutches of deadly addiction.

Lovato is now sober for more than five years, and she admits that the secret to one’s happiness is “to tell your truth and be OK without all the answers.” The documentary will inspire millions of others, who are now in a similar predicament.

Lovato has proved that sobriety is possible with rehab and a determination to stay in treatment. If she can manage to thwart the urges to go back to substance abuse and embrace sobriety, millions of her fans, who might be struggling with an addiction to a substance, can do the same.

Addiction is a malady and chronic and severe cases are always fatal. Though #ItTakesRealCourageTo accept and seek help for one’s addiction, it be can overcome by seeking treatment at the right rehab. If you have a loved one grappling with an addiction, seek immediate help to set him or her on the path to life-long sobriety.