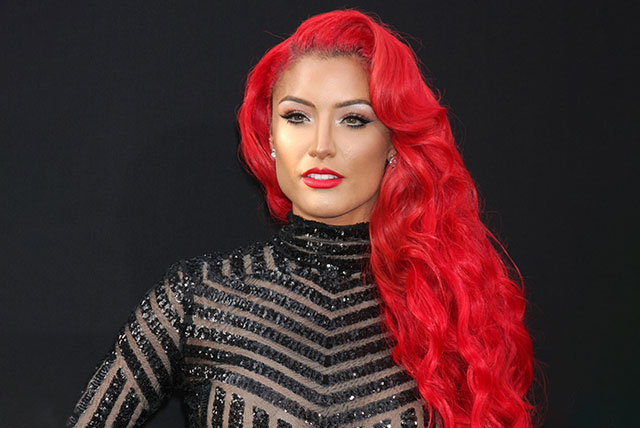 Natalie Eva Marie – a former professional wrestler, fashion designer, fitness model and actress –is a multifaceted personality. She recently penned an emotional piece for InStyle, in which she revealed her struggle with alcoholism. Marie did seek professional help to deal with the condition, but only after she hit rock bottom. “I’m an alcoholic. I have relapsed, destroyed relationships, hurt my family, and disappointed myself numerous times. I will be an alcoholic for the rest of my life,” wrote the former star of “Total Divas.”

Even though the American actress has been sober for the last five years, she says that she is far from total recovery as it is a daily process. The fairy tale life could be easily shattered with just one drink, she admits. To bring things under control, Marie said that she attended early morning meetings of the Alcoholics Anonymous (AA) many times a week.

Eva said that before she started working on her 12-step program, she was a complete mess. She had also been arrested for driving under the influence (DUI) and served three months in prison. In her essay, Marie mentioned that she did not have a license or a stable job, and she was living in an apartment that she could afford only because of the heavy discount that her landlord offered to her. “That’s what my life looked like right before I started down my road to sobriety,” she wrote.

Alcoholism is recognized as a disease. The point of debate is whether it is a disease of the mind, the genetics or of circumstances. Marie says she is not interested to find the answer to that debate because when one tries to find the reason behind addiction, they end up putting the blame on someone else or circumstance or even some incident from the past. Instead, one must focus on the treatment and lead a healthy life, she says. “Because regardless of the cause, I have the disease, and I am ultimately the only one responsible for seeking help,” she wrote.

Alcohol addiction widespread in US

According to the 2015 National Survey on Drug Use and Health (NSDUH), in 2016, 136.7 million Americans aged 12 or older – more than half of the population of the same age group — reported current use of alcohol. The NSDUH data also shows that an estimated 15.1 million people aged 12 or older had an alcohol use disorder (AUD) in 2016.

Alcoholism is a menace that has the capability to wreak havoc in one’s life. However, with timely treatment, everyone can overcome addiction and lead a healthy life.  If you or a loved one is suffering from addiction to alcohol or any other harmful substance, seek immediate treatment at a reputed rehab center. Only a comprehensive treatment can ensure long-term recovery.