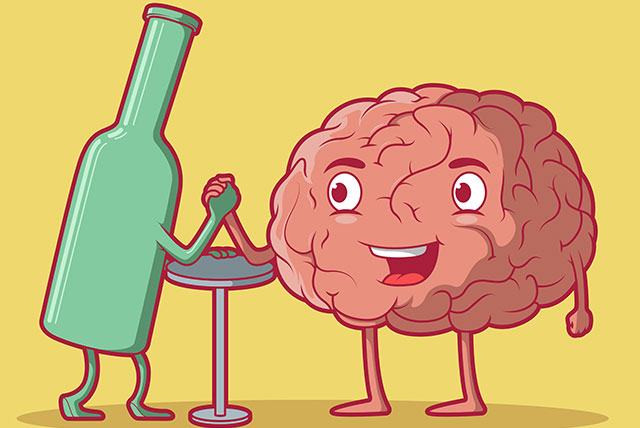 “You can have the world at your fingertips but end up destroying yourself if you’re not careful.”

Many celebrities are gradually opening up about their struggles with drug or alcohol addiction, and how they chose sobriety over lifelong dependence. Former WWE Divas Champion Kaitlyn realized how a person’s hard-earned reputation can be put to dust by his or her negative traits. She took to Instagram to speak about her mental health and substance use problems as she completed one year of checking herself into a rehab. The ex-WWE superstar, whose real name is Celeste Bonin, admitted how terrible last few years have been with failed marriage, panic attacks, depression and addiction. It took her quite long to admit having a problem and recognize the severity.

In her October 2017 post, the former wrestler confessed to having checked into a hospital for a medical drug detox. Kaitlyn added that while going through a drug detox, a person undergoes two detoxes; one from the abused drugs and another one from the medication used to help one detox. She also revealed that while many people ended up getting hooked on detox medication, she took to alcohol to deal with the chemical imbalances, anxiety and depression. She added, “I remember getting out of the hospital feeling like death, with a medical taper plan of meds and thinking what have I done to myself?”. I celebrated my 30th birthday 5 days later and I remember wanting to die.”

One of the most popular stars on the WWE roster, Kaitlyn won the Divas Championship in January 2013 by defeating Eve Torres. She lost the title to AJ Lee and shortly afterwards, retired to launch her fitness clothing line, Celestial Bodiez. According to ewrestlingnews.com, there have been some talks within WWE about bringing the former WWE Divas Champion back.

Getting well is about self-awareness and humility

Kaitlyn confessed that she was fortunate enough to pull herself out of the crisis and was able to rebuild her life. Although the star did not reveal what drugs she became addicted to, she used social media to reach out to other people who might be suffering. In an inspiring message, she said, “Never be too proud to ask for help. Be able to wake up and look at yourself in the mirror.”

Addiction is a chronic disease that affects both the brain and behavior. Recurrent use for a longer duration can lead to many dangerous consequences, including physical and mental health disorders, increased risk of certain cancers, risk-taking behavior, suicidal ideation and early death. The earlier one seeks help, the better are the outcomes. A comprehensive treatment for alcohol or drug addiction may involve detox followed by psychotherapy under the guidance of trained medical health professionals.