Dan Evans makes a comeback after a year-long ban for failed cocaine test
Sober Tales May 01, 2018 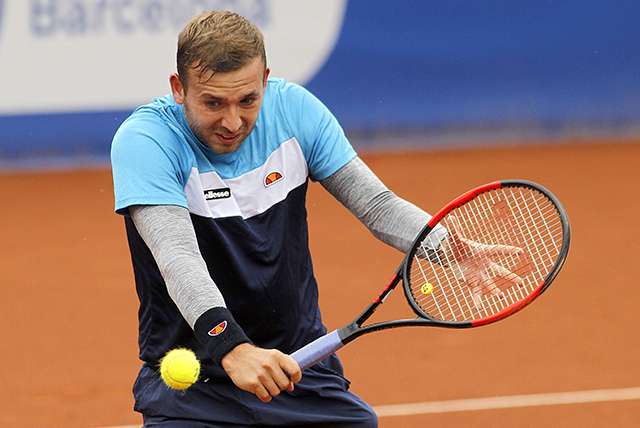 British tennis player Dan Evans has returned to the game for the Glassgow Trophy ATP Challenger after having been banned for a year in April 2017 for failing drug test for cocaine. Just a month before the ban, Evans had reached the world ranking of 41, his all-time best. Even though he refused to delve into the circumstances that led to his use of cocaine, he confessed, “It’s a shocking drug and it’s not just in sport, it’s a life-ruiner.”

In addition to the ban, Evans was also asked to return £92,205 prize money and the ranking points he earned between the test date and the official announcement of the results. In his own words, taking the drug was the worst thing that he could do as it led down so many people including his family, friends and fans. He never intends to walk down the same path again but wants to improve his game, gain respect and keep moving ahead.

Cocaine is a highly addictive substance and often laced with other drugs to increase its potency. Users often snort it or inject it to get an instance rush but experience a crash soon after. Cocaine abuse can completely ruin a person’s life therefore, it is indispensable to seek cocaine abuse treatment from a professional rehab.

Currently, Evans doesn’t have any ranking to his credit and in order to come back, he had to procure a wild card entry via the Lawn tennis Association just so he could enter the qualifying game in Glasgow. However, since the support of the governing body was conditional, he had to pass some physical tests, agree to random drug screening and make a contribution to anti-doping education efforts.

In April 2017, Evans failed the drug test while playing at the Barcelona Open. After making it public in June and being suspended, he spent the first nine months with his girlfriend in Cheltenham, UK. He admitted to having led a non-productive life doing nothing but watching daytime television. During the troubled times, he had no contact with anyone except with Davis Cup captain Leon Smith and former coach Mark Hilton. He missed the game and remained doubtful if he would ever be able to return to the sport he has loved all his life.

Revealing the news of his drug use to those closest to him and then declaring it to the world through a press conference held at Novotel in London was difficult for Evans. Returning to professional tennis seemed like a distant possibility and he still feels jittery. During his first practice session, he felt terrible but was happy to see his progress with respect to his fitness and playing prowess.

Cocaine addiction cannot be treated on its own. Harboring a myth that an addiction can go away whenever one wants is tantamount to living in a make-believe world. Without professional help it is difficult to wean off the side effects and attain sobriety.