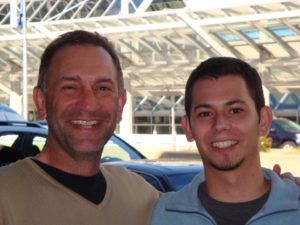 The thought of losing a loved one is enough to give one a nightmare. In such a situation, think about those people who go through the plight in reality when their loved ones succumb to addiction or mental health problems. Understanding their woes is beyond the capacity of the ordinary because only they know what they have lost. But do all people with addiction problems die because of an overdose or their inability to control their dependence on substances of abuse or lack of adequate treatment at the right time? Not really!

A loss only few can comprehend

Co-founder and Chairman of HEI Hotels & Resorts Gary Mendell lost his son to addiction in 2011. However, unlike what most people had expected, it was not a case of death due to overdose. In a recent interview with CNBC, elaborating on his son’s death, Mendell said, “I was a CEO running businesses, and my older son Brian struggled with addiction for eight years. But my son didn’t die of an overdose. He hadn’t used a substance in 13 months and he took his life. And he wrote about it in a note about the shame and stigma he felt about being a bad kid.”

Talking further about the importance of treatment programs, Mendell recalled, “Brian tried marijuana in his teenage years, which led to his use of harder drugs and eight different treatment programs and therapies to try to stop. Each one was different.” He said that none of them followed “evidence-based protocols, backed by research.”

What Mendell went through is saddening but a regular sight. Every day, many young kids, adults and even elderly people end their life because of stigma associated with addiction. In fact, even the families and loved ones of people with substance use disorders prefer them to get better. However, they hesitate to disclose the details to others or are little interested to break the shackles of myths and stigma. Several studies and reports are a witness to this bittersweet truth of our society. A 2014 Johns Hopkins study found that Americans were more likely to have negative opinions of people with substance use disorders than other mental illnesses. In addition, a National Survey on Drug Use and Health (NSDUH) report reveals that majority of people who do not seek help even when they are actively addicted to substances do so because of denial, shame and fear.

Brian’s death changed the direction of Mendell’s life. Addiction is “a disease,” Mendell said, “and no different from someone with diabetes … [who can’t] control the amount of insulin in their system. Your brain functions in different ways.” The disconnect that he found between peer-reviewed science on addiction and the real treatment and recovery scenario motivated him to form Shatterproof, a nonprofit dedicated to end the deadly stigma of addiction and foster a community of support for recovering individuals and their families.

The organization’s aim to fight the opioid crisis by seeking to bring standardized care to addiction treatment has grabbed eyeballs across the world, making Mendell’s initiative a much more targeted and promising effort to address America’s rampant addiction problem.

When asked about ways to treat opioids, Mendell said the “gold standard” is medicated-assisted treatment. “Getting medication is just like getting insulin for diabetes. Another important requirement is the love of your family,” Mendell said. He also emphasized on the fact that more than lack of treatment, attention is needed for ending the widespread lack of knowledge about ways to help someone struggling with addiction.

Walking a mile before he sleeps

When the U.S. is struggling with the deadliest drug crisis in American history, Mendell’s fight comes as a big source of encouragement for many. Because Mendell has been in those shoes, it has become easier for him to make people see what is unheard but known, believe what is unknown, but is the truth, and say what is heard but not seen. This is evident from the recent development when 16 major health care players, including Aetna, Cigna and Anthem, signed on to Shatterproof’s Substance Use Disorder Treatment Task Force. With this, the Shatterproof team hopes to jump-start a new era for addiction treatment in the United States, where the patients will get easy access to key medications effective in treating opioid addiction.

Mendell said that another sad truth is the fact that many patients do not know where or how to seek help. Likewise, even treatment providers or insurers are not aware of the most effective treatment methods. He quotes the same as the basis of his decision to start with the corner of the healthcare industry, i.e. the insurers. He strongly believes that the eight principles of care, included in the Task Force, have a potential to allow healthcare providers to deliver the best care for patients seeking treatment for opioid addiction. The evidence-based recommendations include universal screening, coordinated physical and mental care as well as access to FDA-approved medications. In addition, he also stresses that the resistance to using medication for substance abuse disorders is one of the chief things that needs to change. He elaborated on this aspect in one of his interviews with The Washington Post, when he said, “Brian was showing marked improvement at a treatment program in Arizona, where he was finally prescribed Suboxone, along with receiving counseling for anxiety. But when Brian got transferred to an outpatient program in Los Angeles some months later, doctors phased down his medications, and this is when things took a turn for the worse.”

Need of the hour is spreading awareness

“It’s a 9/11 every eight or nine days and no one is talking about it,” Mendell says.

However, in our opinion, the situation is improving. While a lot needs to be done to control the wide spread opioid epidemic, it is also true that along with new initiatives and laws introduced by federal agencies, the U.S. government and other drug regulatory bodies, an increased number of people are becoming aware of the drug crisis and are spreading awareness to encourage people to seek treatment. The FDA’s recent announcement to look at ways to reduce exposure to opioids and other addictive substances leads by example. “The agency is looking at expanding treatments to fight opioid addiction. There are currently three approved treatments, and they all work,” said FDA Commissioner Dr. Scott Gottlieb. With this, the agency may encourage wider use of medications like methadone and buprenorphine for opioid addiction treatment.

Meanwhile, President Donald Trump recently declared the opioid crisis a ‘public health emergency’ and offered new resources to combat it, including enabling patients based out of rural parts of the country to have access to medication for addiction treatment through telemedicine. Thus, with more such steps taken at the national level, along with increasing awareness among the masses and the classes, controlling the deadly opioid epidemic in the next few years seems viable, if not its end. That is a big ray of hope in itself!