What makes psilocybin mushrooms ‘magical’
Did You know 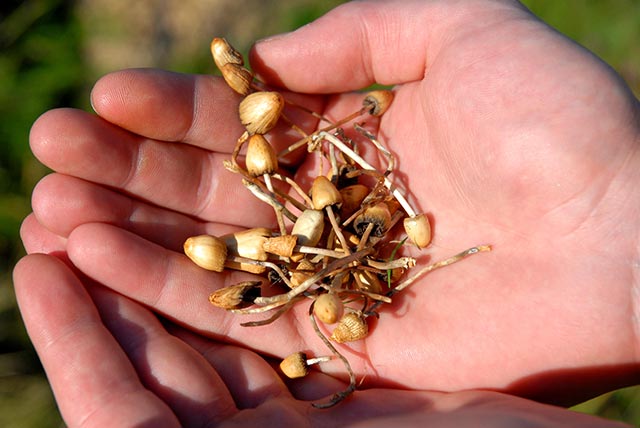 Mushrooms, commonly classified as vegetables, are actually fungi, not plants. The ones that are nonpoisonous are consumed and are a rich source of minerals, vitamins and protein. Magic mushrooms, or psilocybin mushrooms, are known to produce hallucinations as they contain hallucinogenic alkaloids. As per the Substance Abuse and Mental Health Services Administration (SAMHSA), its abuse may lead to hallucinogen use disorder.

Now, a recent study seems to have solved the mystery of why and how mushrooms produce the psychedelic ingredient. A team of researchers at The Ohio State University has determined that the psilocybin mushrooms probably acquired their magical properties to keep the insects feasting on fungi at bay. According to lead researcher Jason Slot, an assistant professor, fungal evolutionary genomics, the finding explains the biological mystery, paving the way for further studies leading to “novel treatments for neurological disease.”

“We speculate that mushrooms evolved to be hallucinogenic because it lowered the chances of the fungi getting eaten by insects… The psilocybin probably doesn’t just poison predators or taste bad. These mushrooms are altering the insects’ ‘mind’ – if they have minds – to meet their own needs,” he said.

Many researches in the past explored the possible treatments for mental health disorders, such as depression and anxiety, by using psilocybin. The OSU researchers now hope that their study would help other scientists comprehend the elements that alter the brain function.