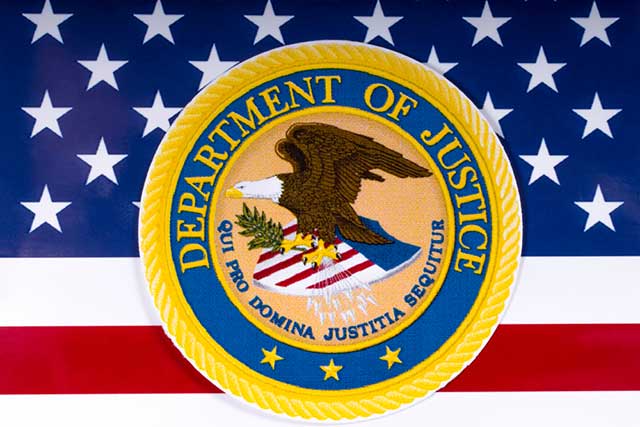 In an effort to combat the nationwide opioid menace, violent crimes and illegal immigration, the U.S. Department of Justice (DOJ) has decided to ramp up its resources. The decision was made public on June 4, 2018 – the 500th day of the Trump Administration – by Attorney General Jeff Sessions. As part of the plan, the DOJ is hiring 311 Assistant U.S. Attorneys (AUSAs), out of which there will be 190 violent crime prosecutors, 86 civil enforcement prosecutors and 35 additional immigration prosecutors.

Elaborating on the “dramatic step to increase resources,” Sessions said, “…the Department of Justice is going on offense against violent crime, illegal immigration, and the opioid crisis — and today we are sending in reinforcements.” Regarding the funding for the new positions, Sessions said he has “personally worked to re-purpose existing funds” by eliminating wasteful spending and reallocating the funds. As per a USA Today report, the newly appointed positions will cost the DOJ about $72 million.

Out of the 86 AUSAs for civil enforcement, many will support Prescription Interdiction & Litigation (PIL) Task Force to curb the opioid epidemic. Additionally, the DOJ would hire three new AUSAs in the Northern District of New York with each AUSA to focus on civil enforcement, violent crimes and on prosecution of immigration crimes. The new appointments will also include six new AUSAs recruited to Florida’s Middle District with three officials to prosecute violent crimes, two for civil enforcement cases and one to prosecute immigration crime cases.

Talking about the prevalent murder rates, arrests involving illegal immigrants and distribution of opioids, Sessions said the citizens of this country cannot accept to live in fear. On the illegal influx of immigrants, he said the new appointments will send a message to everyone to not come illegally into America and wait for their turns.

The attorney general said that the most important job of any government is to protect the safety and rights of its people and if the government fails to execute its basic task then every other initiative that is taken by the government ceases to be important. According to him, the reinforcement will help the department tackle the opioid crisis.

In October 2017, President Donald Trump had declared the opioid crisis a public health emergency. The new initiative aims at cutting off the supply of illicit drugs, reducing drug demand and saving lives by expanding treatment opportunities. In March this year, President Trump unveiled an anti-opioid abuse plan that proposes stiffer sentencing laws, including death penalty recommendation for drug dealers. He also announced a new funding program to fight the opioid epidemic. To fight the opioid epidemic, the funding will provide nearly $4 billion, out of which $1 billion would focus on the hardest hit states and tribes and provide funding for research on pain and addiction.