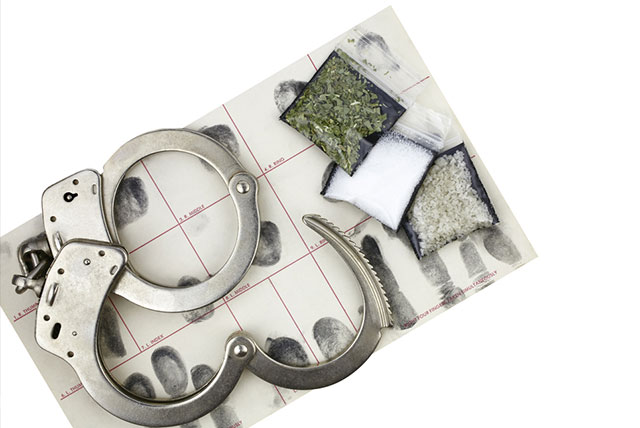 A 50-day counterdrug patrol by a U.S. Coast Guard cutter in the Eastern Pacific region led to the seizure of 12,000 pounds of cocaine worth about $180 million. The elated crewmembers of Steadfast recently returned to Astoria, Oregon, after having patrolled international waters off the coasts of Mexico and Central America.

Five vessels, suspected of being engaged in drug smuggling, were intercepted during the mission, including one specially designed to avoid its detection. Praising his crewmembers for their hard work, Commodore Alain Balmaceda, Steadfast’s commanding officer, said, “Their teamwork was vital to successfully combating transnational organized crime in drug trafficking zones over the past several months. Knowing we stopped tons of drugs from reaching America’s shores and the streets of our allied nations in Central and South America made this deployment over the holidays even more rewarding.”

Cocaine making a comeback in US

While the opioid epidemic gets most of the attention in the U.S., cocaine is making a slow and silent comeback. The available supply seems to have triggered an increase in demand. It appears that the considerable boom in Colombia’s illegal coca crop made it easier for the drug to make a steady entry to the streets of America.

There is a unanimous concern regarding the rise in the use of cocaine in the U.S. There has been an increase in the number of overdose deaths involving cocaine as well. What is also alarming is the phenomenal increase in the number of young Americans trying cocaine for the first time. According to the National Survey on Drug Use and Health (NSDUH), the number of young Americans who used cocaine for the first time rose to a dramatic 61 percent from 2013 to 2015.

Cocaine is a highly addictive drug, and just a single dose is enough to alter the reward system of the brain. Its continuous use results in the development of tolerance to the drug when the user would need higher doses to draw the desired satisfaction. There is a risk of a fatal overdose involved with this. The list of health hazards due to cocaine use is long and includes problems like cardiovascular complication, heart attacks and poor memory functions. Cocaine users also have to struggle with symptoms of paranoia, disorientation and delusions.

However, addiction to cocaine or any other harmful drug can be treated with timely medical interventions like medications and behavioral therapies. A person grappling with an addiction to a drug should immediately seek professional help from a reputed rehab center. One should not shy away from seeking help as this can aggravate the situation. One needs to understand that, if left untreated, substance abuse can have life-threatening implications.