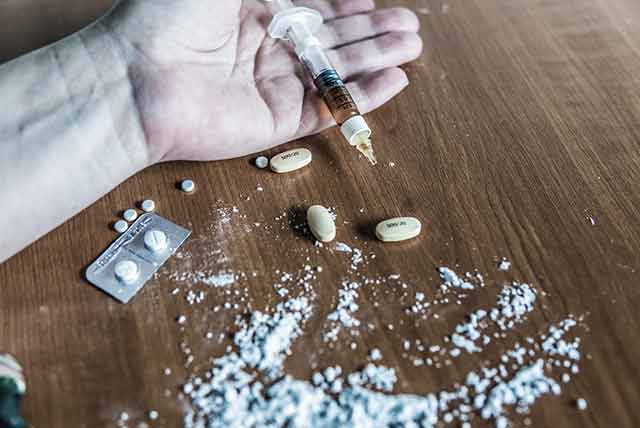 Drug overdoses involving synthetic opioids like fentanyl are claiming more lives than prescription opioid painkillers, reveals a new study published recently in the journal JAMA. The study team calculated the overdose deaths involving opioids across the United States during 2010-16 on the basis of death certificates from the National Vital Statistics System. It discovered that nearly 46 percent of the total 42,249 deaths in 2016 were caused by synthetic opioids, while 40 percent fatalities were attributed to prescription opioids. The study suggested a more than three-fold surge in deaths due to synthetic opioids since 2010, when 14 percent of deaths involved synthetic drugs like fentanyl.

“It’s certainly concerning. I think that it tracks very closely with the increased availability of illicit synthetic opioids that are coming into the U.S.,” said lead author of the study Christopher Jones, the director of the National Mental Health and Substance Use Policy Laboratory at the Substance Abuse and Mental Health Services Administration (SAMHSA). As per the research, synthetic opioids have overtaken prescription opioids like hydrocodone and oxycodone for the first time as the main cause of overdose deaths.

The study found that most heroin or cocaine users were not even aware of taking fentanyl. According to Jones, these drugs were cut with fentanyl by unscrupulous drug dealers who wanted to make a quick profit out of cheaper synthetic opioids. Jones also said that the influx of a large number of counterfeit pills in the illicit drug markets nationwide were actually fentanyl pills passed off as Percocet, oxycodone, Xanax or other prescription medications.

Citing the death of rock music star Prince in 2016 due to accidental fentanyl overdose, Jones feared that most fentanyl users could be blindsided, without being able to identify counterfeit versions of opioids. He said that most users believe that they haven’t overdosed after successive doses in the past, hence they are immune to fentanyl overdose. However, they never know about the potency of fentanyl, which could differ from time to time making things risky. With a fifty-fold higher potency compared to heroin, and 100 times stronger than morphine, it only takes miniscule amount of fentanyl to cause deadly outcomes.

The U.S. Drug Enforcement Administration (DEA) has classified fentanyl as a Schedule II narcotic under the Controlled Substances Act of 1970. Going forward, the DEA also plans to include illicit fentanyl analogues in the Schedule II drug category due to the immense potential for abuse. Similar to other psychoactive drugs, fentanyl is known to alter the brain’s reward centers to cause addiction. It also has an instantaneous effect on the body and even negligible amounts can cause significant damage to the respiratory system. Moreover, as a central nervous system (CNS) depressant, it can prove to be a dangerous cocktail if mixed with any other CNS depressant like heroin or alcohol.

The good thing is that fentanyl addiction is treatable with timely professional intervention. If a person is grappling with opioid use disorder, he/she should immediately seek medical help from a reputed drug treatment provider. Remember that opioid use disorder can ruin a person’s life, if left untreated.