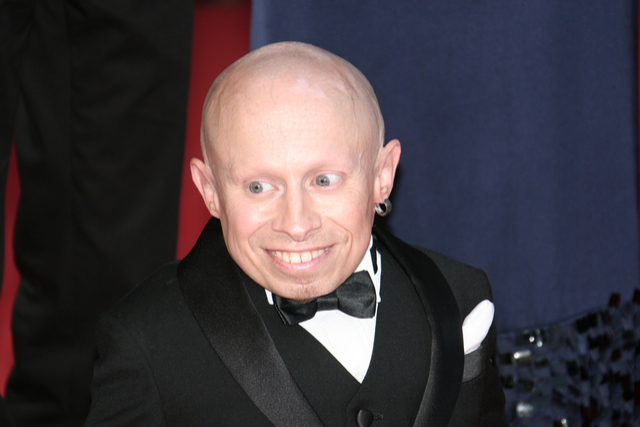 Actor Verne Troyer, famous for his “Mini-Me” roles in the Austin Powers films, was admitted to a hospital for suspected alcohol poisoning recently. He is now under close observation, as per media reports.

Posting on his Instagram account, Verne’s team urged fans to wish him a speedy recovery. “He’s getting the best care possible and is resting comfortably. Appreciate the support from family, friends, and fans around the world. We will keep you updated here,” read the statement.

According to a TMZ report, one of Verne’s friends made a call on the evening of Apr. 2, 2018 to law enforcement agencies and reported the actor to be extremely upset, drunk and suicidal. The paramedics and the fire department swung into action and transported him to a nearby hospital, possibly for alcohol poisoning. Hospital authorities have placed him under an involuntary psychiatric hold for 72 hours for further evaluation.

Only a year ago, Verne had hit the headlines for his alcohol problem. He was admitted to a hospital around the same time in 2017 for alcohol use disorder (AUD). Shortly after, he voluntarily checked into a rehab for addiction treatment. He made an announcement on his Instagram account during that time admitting that he had a problem and that he was making relentless efforts to overcome it. “As you know, I’ve battled alcohol addiction in the past and while it’s not always been an easy fight, I’m willing to continue my fight day by day,” his old Instagram post read.

Many celebrities who have struggled with alcoholism have come out openly with their problems. Many of them have successfully conquered their problem and are now leading an alcohol-free life. Individuals grappling with a similar problem can definitely take a cue from their lives and go for intervention programs at the earliest.

It’s time to say no to alcohol

Alcohol is one of the most commonly abused substances in the world, particularly in the United States. Alcoholism does not happen by choice and it can effect anybody. The news of another celebrity battling alcoholism gains even more importance as the U.S. has been observing the Alcohol Awareness Month. As part of the month, the nation observes April 5 as the National Alcohol Screening Day (NASD). It’s an occasion to make an outreach to raise awareness about the pitfalls of alcoholism, encourage people who enjoy alcohol to get themselves screened for alcoholism.

Although alcohol is a socially acceptable, alcoholism is a scourge. Chronic alcoholism may prove to be fatal. However, it is treatable and one can gain long-term sobriety with timely intervention. The commemoration of NASD is a step in the right direction. The initiative envisages connecting people who are at the risk of developing alcoholism to numerous available treatment options.

Hooked Sober is a source of information about drugs, alcohol, eating disorders and mental disorders. Please send your questions, concerns or comments to [email protected] or speak to a representative at (866) 838-4087.