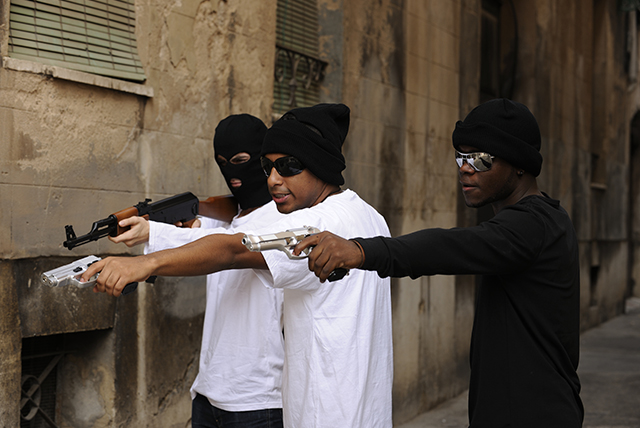 A street gang member was recently charged with the assaulting of a U.S. Bureau of Alcohol, Tobacco, Firearms (ATF) agent with a lethal weapon in Chicago’s Back of the Yards neighborhood, while his older brother was produced in a court on drug distribution charges. According to authorities, if convicted for the shooting charges, 27-year-old Ernesto Godinez, an alleged member of Almighty Saints, could get a 20-year prison sentence.

The shooting took place last week when undercover federal agents were investigating gang activities. According to the footage captured by surveillance cameras, Ernesto entered an alley and allegedly fired seven shots in the face of the ATF agent before fleeing in a vehicle. Although the surveillance footage shows Ernesto near the scene of crime, the criminal complaint doesn’t mention clearly whether he was seen opening fire.

Ernesto was arrested on May 7, 2018, after he surrendered to the authorities. After a preliminary hearing at the Dirksen U.S. Courthouse, the magistrate ordered him to be held in custody till the next hearing, scheduled for May 17, 2018.

A couple of hours after Ernesto made his first court appearance, his 37-year-old elder brother Rodrigo Godinez was produced in the same courtroom to face cocaine distribution charges. According to a separate complaint filed against Rodrigo, the ATF conducted a thorough investigation of his role in alleged drug dealings over the last two months. The ATF also admitted using undercover agents to record conversations, engaging in phone tapping, and even carrying out aerial surveillance operations to track his movements to an alleged stash house located in 44th Street and Wolcott Avenue on March 20, 2018.

The ATF has intensified its investigative operations in Chicago, following reports of frequent homicide in recent months. The Chicago Police Department and the ATF announced the formation of the Chicago Crime Gun Strike Force last year to control the influx of illegal weapons in the city. The area where the shooting had taken place is supposedly the stronghold of the Almighty Saints gang for over half a century, according to police sources.

Chicago is a focal point for the narcotics trafficking industry dominated by Mexican, Colombian and African criminal cartels, distributing cocaine, heroin and marijuana in the Chicago City Area and throughout the entire Midwestern and eastern drug markets. Authorities attribute the open-air drug markets on the city’s West Side to the infamous Sinaloa cartel. However, the local distribution and sale of illicit drugs is completely controlled by umpteen street gangs operating in various neighborhoods, who are also responsible for drug-related violent crimes.

However, the good thing is that addiction to harmful drugs is treatable with timely medical intervention. If a person is grappling with a substance use disorder, he/she should immediately seek professional assistance from a certified rehab center. One should remember the fact that substance use disorders can have life-threatening implications, if left untreated.