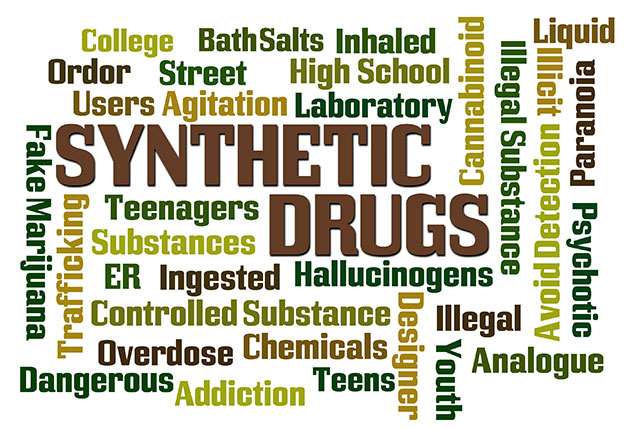 The United States has been witnessing a rise in the number of young adults falling prey to designer or synthetic drugs. As a result, there has been a spike in the rate of emergency room visits across the country. In such a scenario, doctors sense the need for a rapid test to screen patients for “party” drugs. Responding to the urgency, researchers have come up with a test, hoping that hospitals could benefit from it. The researchers recently showcased their findings at the 255th National Meeting & Exposition of the American Chemical Society (ACS).

According to assistant professor Nicholas Manicke from the Indiana University-Purdue University Indianapolis (IUPUI), hospitals have quick tests in place to detect drugs like cocaine or methamphetamine, but for new substances such as fentanyl and synthetic cannabinoids, they have to rely on a toxicology lab, which takes too much time. So, hospitals simply skip the test in a life-or-death situation. Manicke, who has developed a mechanism to detect poison and drugs in blood samples, hopes that it can be used in emergency rooms in the future to swiftly detect the drugs responsible for causing overdose.

In the light of the ongoing opioid crisis, such rapid screening tool is the need of the hour. Above all, the increasing abuse of synthetic opioids such as fentanyl and tramadol, which caused immense damage during 2006-2016, makes the need for such tests even greater.

The test developed by Manicke comprises a low-cost, small and easy-to-use disposable cartridge containing a solid-phase extraction medium. On placing a small amount of plasma on the cartridge, the medium extracts any drug present in the plasma and concentrates it. The extracted drug is removed from the medium using a solvent, and is later ionized to convert it into an array of molecular fragments, which can be analyzed using a mass spectrometer. Significantly, the whole process can be carried out in less than five minutes.

Manicke believes his device can be initially used to guide policies governing public health by understanding the types of drugs. Doctors play an important role in identifying and thwarting any unauthorized use of harmful substances. They should include sufficient evidence-based screening tools as a part of any consultation process, in addition to creating awareness about overdoses and alternative forms of treatment, if necessary.

Getting rid of dependence on synthetic drugs or any mind-altering substance is never easy. In order to ensure a complete recovery from an addiction, it is important to go through detoxification first. Detox is the process that cleanses the body of all the toxins accumulated due to excessive drug abuse. A professional detox center can help individuals grappling with substance use disorders break free from the shackles of drug dependence.