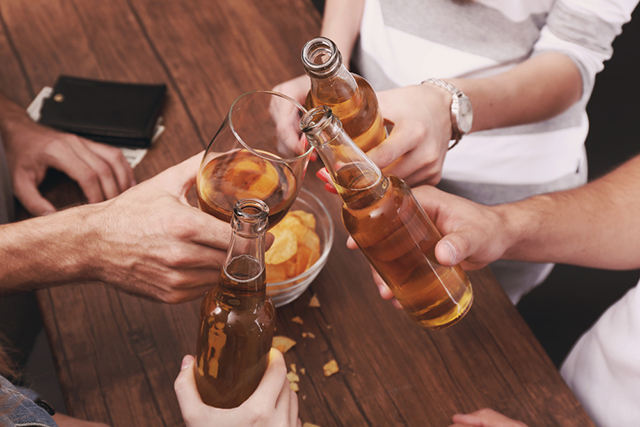 Some researchers have cast serious doubts on the data used in a study after its findings were published in JAMA Psychiatry on August 9, 2017. They contend that the federal survey on which the data was based underwent substantial methodological changes between 2001-02 and 2012-13. The findings suggested that America was in the midst of a “public health crisis”, with alcohol use disorders (AUDs) among adults increasing sharply by 49.4 percent between the two periods. The results also showed that overall alcohol use increased from 65.4 percent to 72.7 percent and high-risk drinking increased by 29.9 percent during the same time.

Researchers put “more weight” on NSDUH data due to its consistency

“The NSDUH methods are much more consistent from year-to-year, and it is administered annually. So I tend to put more weight on NSDUH data,” said Richard Grucza, associate professor in the department of psychiatry at Washington University School of Medicine, in an interview. He has previously found discrepancies in the survey methodologies of NESARC and NSDUH. He also highlighted some of the following variations in the NESARC data between the 2001-02 and 2012-13 waves:

Even one of these factors can meaningfully impact survey results. The NSDUH also does not include certain demographic data which can be quite meaningful. It cannot justify the significant differences between the two surveys.

The JAMA Psychiatry study has also been disputed by the Distilled Spirits Council (DSC). Samir “Sam” Zakhari, senior vice president and former division director of the NIAAA, commented that “while any amount of alcohol abuse is too much”, the JAMA Psychiatry findings “do not comport with findings” of the NSDUH. He added that the NSDUH data showed a decline in AUDs among all age groups.

High alcohol use remains a concern

Despite claims that the study’s findings are flawed, high alcohol consumption is a grave concern. According to the Centers for Disease Control and Prevention (CDC), excessive alcohol use resulted in nearly 88,000 American deaths each year between 2006 and 2010. In 2015, 15.7 million Americans aged 12 or older reported an AUD in the past year, and nearly 1 in 2 current users reported binge-drinking in the past month. The health effects of alcohol consumption are enormous and it is important to arrest the growing rates of this addiction.

Alcoholic dementia – Heard of it?