Pennsylvania becomes first state to allow use of medical marijuana for treatment of opioid addiction
Breaking News May 23, 2018 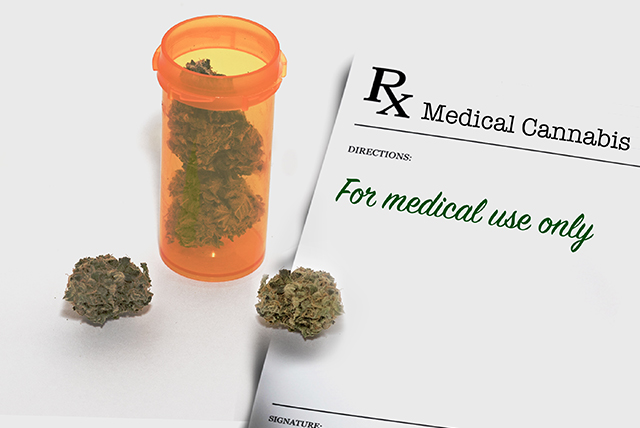 Pennsylvania recently added opioid use disorder (OUD) to the list of qualifying conditions that can be treated with medical marijuana. The addition of OUD to the list raises the total number of conditions to 21, making Pennsylvania the first state in the U.S. to accept medical cannabis as a treatment option for addiction.

However, state health officials clarified that though medical marijuana may serve as a viable option to help chronic opioid users, it should not be viewed as the primary or only remedy for coping with addiction. “It’s important to note that medical marijuana is not a substitute for proven treatments for opioid use disorder. In Pennsylvania, medical marijuana will be available to patients if all other treatment fails, or if a physician recommends that it be used in conjunction with traditional therapies,” said Dr. Rachel Levine, state secretary of health.

Levine also said that the objective of adding OUD to the list was to expand access to medical marijuana. Hailing the state’s decision, Patrick Nightingale, director of the Pittsburgh chapter of the National Organization for the Reform of Marijuana Laws (NORML), described the health secretary’s quick action as “game-changer” and “life-saving,” particularly in the light of the ongoing opioid crisis.

Moreover, in conjunction with the medical marijuana program, Pennsylvania Governor Tom Wolf announced that the state has certified University of Pittsburgh School of Medicine and seven other premiere medical schools to conduct research in order to develop safe and effective treatments for the needy. The approval comes just three months after the inauguration of Pennsylvania’s first medical marijuana dispensary. Additionally, the health department also allowed the sale of cannabis flowers in medical marijuana dispensaries because of its low cost. Experts say that though the law prohibits smoking, patients can vaporize cannabis flowers.

Marijuana is a highly addictive substance that can cause severe health problems. Despite the growing public perceptions about pro-cannabis campaigns, the U.S. Food and Drug Administration (FDA) doesn’t recognize the therapeutic value of cannabis. The federal agency continues to classify marijuana as a Schedule I drug under the Controlled Substances Act because of its high potential for abuse.

According to the Centers for Disease Control and Prevention (CDC), cannabis is the most commonly used illicit substance in the country, with 37.6 million users in the past year. An average American is oblivious to the fact that marijuana is an extremely addictive drug, which can negatively impact the user’s overall well-being. Delta-9-tetrahydrocannabinol (THC) is the major psychoactive component in marijuana responsible for triggering drug cravings and causing addiction. However, marijuana use disorder can be treated with timely medical intervention. If a person is suffering from pot addiction, he/she should immediately seek professional help from a reputed drug treatment provider.