There was no Christmas, singing and drinking at parties in Korea
Addiction Alcohol Breaking News Substance Abuse Dec 26, 2017 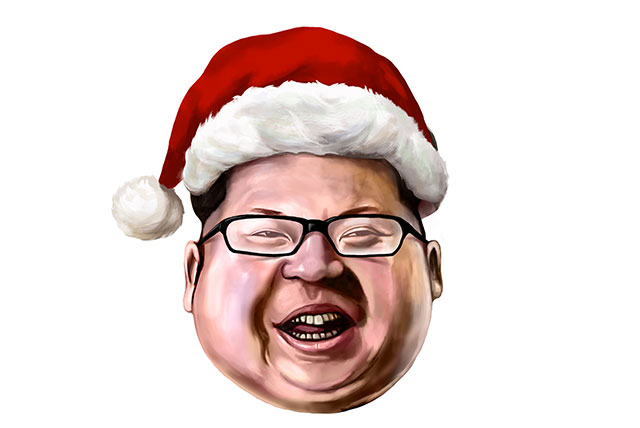 As the whole world draped itself in vibrant hues and sparkling lights to ring in Christmas and New Year eve, there was an aberration when one nation banned all the celebrations for its citizens. According to South Korea’s National Intelligence Service (NIS), North Korea’s supreme leader President Kim Jong-Un prohibited all citizens from gathering and indulging in drinking and singing during Christmas.

“(North Korea) has devised a system whereby party organs report people’s economic hardships on a daily basis, and it has banned any gatherings related to drinking, singing and other entertainment and is strengthening control of outside information,” said the NIS. The reason behind such a drastic measure was to curb dissent following UN sanctions over North Korea’s nuclear program.

North Korea has recently emerged as a repressive nation with sanctions in every sphere, including religious celebrations, which, incidentally remained with the founding first family. The latest string of nuclear experiments by President Jong-un had drawn disapproval from all over the world.

Curtailment started a year back

Even last year, the Supreme Leader had forbidden minority Christians in the country to celebrate Christmas. Instead, he had asked the public to worship his grandmother, Kim Jong-suk, who was born around Christmas in 1919, said media reports. She was the first wife of the nation’s founding leader Kim Il Sung and was known to North Koreans as “the Sacred Mother of the Revolution”.

Of late, the North Korean leader has been involved in a war of words with United States President Donald Trump that rose from the former’s numerous nuclear explorations, despite repeated advice against such tests from leaders across the world. Nevertheless President Jong-un choose not to pay heed to these suggestions.

Banning alcohol may be cited as a good example, considering the fact that people indulge in too much drinking and smoking during the holidays. Many people also use this time to initiate the use of drugs like cocaine, heroin and weed. Hence, a little precaution may go a long way in warding off any mishaps during this festive time.

Even in the U.S., problems like alcohol addiction and drug abuse are monumental, causing huge loss to the country in terms of public health, increased cost of health care, lost productivity and potential years of life lost (PYLL). According to the Centers for Disease Control and Prevention, excessive use of alcohol, that includes underage drinking and binge drinking, can lead to increased risk of health problems like injuries, violence, liver diseases and cancer. Excessive drinking for men is consuming five or more drinks on an occasion and for women, it constitutes four or more drinks on an occasion.

Although addiction can turn fatal in chronic and severe cases, it is a treatable condition. This new year, let us take the resolution to treat alcohol and drug addiction as a brain disease and not a moral failing. If you have a loved one struggling with alcoholism, seek immediate help from any credible rehab in your vicinity.

Hooked Sober is a source of information about drugs, alcohol, eating disorders and mental disorders. Please send your questions, concerns or comments to [email protected] or speak to a representative at 866-838-4087.