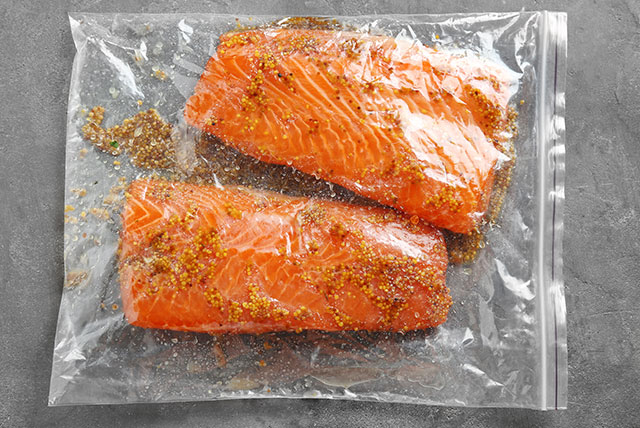 Law enforcement agencies came across yet another innovative way of smuggling drugs when New York police detectives recently seized 1 million lethal doses of fentanyl stuffed in fish fillets in the Bronx. While conducting a surveillance on a 35-year-old man for alleged drug trafficking, police officers discovered two suspicious boxes in the rear seat of his 2017 white Acura MDX. On inspecting the boxes, authorities found brick-shaped fish fillet packages that contained fentanyl worth $10 million.

According to the New York City’s Office of Special Narcotics Prosecutor, accused Johnny De Los Santos-Martinez was spotted in a car at the intersection of Archer Street and Leland Avenue in the Parkchester section of the Bronx on Feb. 1, 2018. Initially, the authorities suspected the powder to be cocaine, but laboratory tests revealed it to be fentanyl. De Los Santos-Martinez, later arrested on drug charges, was produced in a Manhattan court on Feb. 2, 2018. His bail has been set at $150,000 cash or $250,000 bond. He is scheduled to appear before the Manhattan Criminal Court on Feb. 28, 2018.

According to law enforcement agents, the synthetic opioid, which is 50 times deadlier than heroin, is being mixed with cocaine, heroin and other synthetic drugs and pushed into New York’s illegal drug markets. According to the New York City Department of Health and Mental Hygiene (DOHMH), in 2015, 146 overdose deaths involving fentanyl were reported in the city. In fact, the overdose rates involving fentanyl were the highest among Bronx residents, with 3.5 cases per 100,000 population, compared to the rest of the boroughs of New York.

According to the 2017 United Nations Office on Drugs and Crime (UNODC) report, synthetic opioids like fentanyl and its analogues are a major public health threat across the world with far-reaching adverse consequences. Users hooked on fentanyl usually inject, snort, ingest or smoke the lethal drug to experience powerful highs. Abusing the drug is known to cause sedation, nausea, confusion, pupillary constriction, cognitive impairment and respiratory depression.

Owing to high potential for abuse and psychological dependence, the U.S. Drug Enforcement Administration (DEA) has classified fentanyl as a Schedule II narcotic under the United States Controlled Substances Act of 1970. Notably, addiction to synthetic opioids like fentanyl can be treated with timely medical intervention. If a person is grappling with opioid use disorder, he/she should immediately seek professional help from a reputed rehab center. Remember that any substance use disorder can have life-threatening implications, if left untreated.