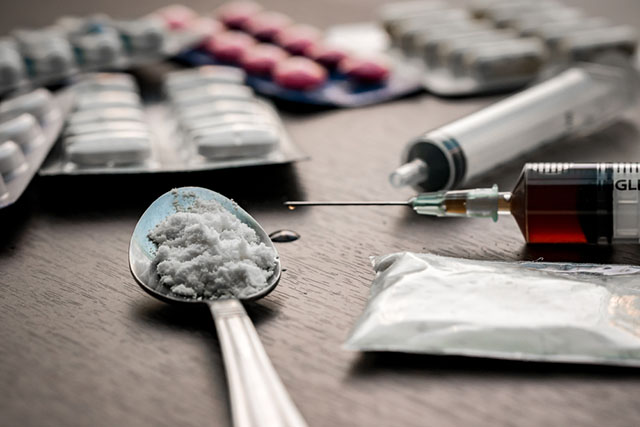 In a shocking revelation, the cause of death of former Fox News host Eric Thomas Bolling’s only child has been attributed to a case of “mixed drug intoxication.” On Sep. 8, 2017, 19-year-old Eric Chase Bolling, a student of economics at the University of Colorado, Boulder, was found dead in his Colorado apartment. According to the Boulder County Coroner’s report, he had “cocaine, marijuana, alprazolam (commonly known as Xanax), and the opioid drugs, fentanyl and cyclopropyl fentanyl, in his system.” The report also suggested that the deceased had a prior history of substance abuse.

Combined drug intoxication, multiple drug intake or polydrug use/polypharmacy intoxication is a fatal form of drug abuse, which results when one uses a combination of more than one psychoactive drug. The resulting toxicity, even if the drugs are taken in small portions, is more than the harm caused by a single dose of any one drug. Fentanyl, found in the toxicology reports, is a Schedule II drug that is more potent than morphine and heroin. The other analogue of fentanyl that was found in Eric’s system was cyclopropyl fentanyl, a synthetic opioid not meant for either human or animal consumption.

For Bolling, it has been a double whammy this year. He lost his job and the only child. He was not spared even in his period of mourning. There were insinuations that his son killed himself even before the coroner’s report arrived. Former Fox News host Bill O’Reilly had shockingly suggested in an interview that the young boy committed suicide. After the reports cleared the cause of death, O Reilly apologized to Bolling in a tweet, “Apologies to Eric Bolling and prayers for him and his family. The message I tried to send was that allegations harm kids. Nothing more.”

Senior Bolling, a popular American TV personality, hosted a few programs for Fox until infamy caught up with him. He hosted the show “Cashin’ In” and was also the co-host for “Fox News Specialists” and “The Five”. His colleagues later on complained against his misconduct, which involved sending unsolicited lewd photographs and text messages to females. However, in his hour of grief, he found support from several colleagues. Later, the grieving father took to Twitter to thank all those who supported him.

The case of Erich is not an isolated one. Many teenagers in the United States are hooked on prescription opioids and illicit drugs, and experiment with fatal concoctions. Combining two stimulants can accelerate the heart rate and blood pressure, resulting in a cardiac arrest or stroke. As happened in this case, it can cause instant death.

As writer Maria Robinson says, “Nobody can go back and start a new beginning but anyone can start today and make a new ending.” It is possible to take the reins of life back and have a new beginning, provided one realizes that life spent abusing drugs is purposeless and dangerous.