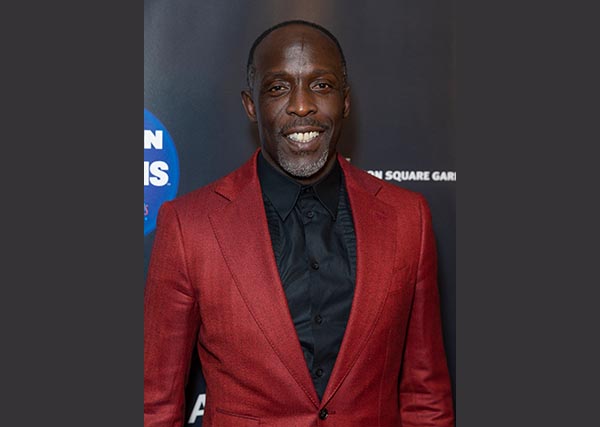 American actor Michael Kenneth Williams, 54, was found face down and unresponsive in his New York apartment on Monday. Based on the drug paraphilia found near his body and heroin on the table, the police suspect that he overdosed on heroin. Best known for his role in the HBO drama series, The Wire, the actor had openly admitted to his drug use in the past.

The entire industry is shocked with the news of William’s death. Clarke Peters, who was his co-star in The Wire said he was angry because he felt let down by Williams who went back to his addiction rather than reaching out for help. In 2018, Williams was charged with possession of marijuana and use and possession of drug paraphilia during a traffic stop.

Born in Brooklyn, Williams was no stranger to drugs and violence. He himself had a long history of drug use and mental health problems. He even attempted suicide at the age of 17. “Drugs and alcohol are not the problems, they’re merely symptoms of the problem,” he had said in an interview in February 2021. He had entered rehab for his drug addiction earlier this year after he wrapped up shooting for Body Brokers.

The five-time Emmy nominated Williams had been in and out of drug addiction treatment centers since he was 19. He accepted relapsing during 2002 and 2008 when he was shooting for his role in The Wire. He said that he never felt worthy of the opportunity. He also said that he could have used it as a “nurturing tool”, instead he just lived in the glory of the fame that the role brought him. After the success of Season 1 of the crime drama series, he was overwhelmed and went into “an emotional tailspin”. To cope with all the emotions, he started using drugs and alcohol. Once the work ended, he had no tool and did not know how to let that go. This pushed him back towards drug use.

In 2012, he spoke about his early days as a cocaine user during an interview with NJ.com. He said that he was “playing with fire” and was surprised that he did not die. “No one who was in my circle, who knew me as Mike, was allowing me to get high. I had to slip away to do drugs. I had to hide it. I’d be gone for days at a time. I was lonely in that part of my life. I was broke, broken and beat up. Exhausted. Empty,” Williams said.

Drug addiction and mental illnesses are health issues, not criminal

A celebrated actor, Williams believed that God had saved him during his early days for a purpose and that is when he decided to seek help for his drug use. He also decided that he would encourage people to seek help and was hoping that he made that difference in at least one person’s life.