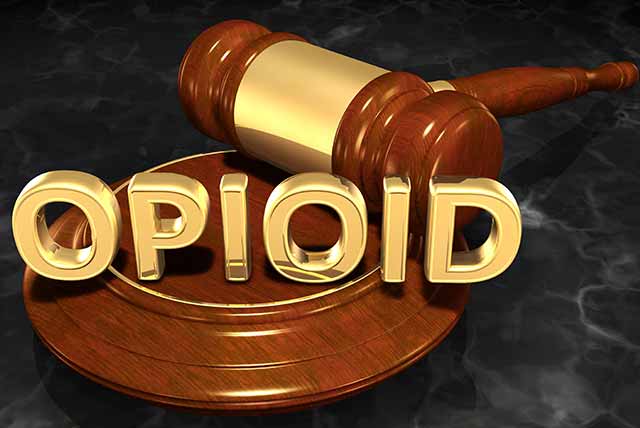 The city of Los Angeles filed a lawsuit against several opioid makers and distributors on May 3, 2018, attributing the drug crisis to their deceptive strategies to push prescription painkillers into the market. In a 165-page lawsuit, Los Angeles City Attorney Mike Feuer alleged that drug manufacturing companies downplayed the addictive nature of opioids and exaggerated the benefits of prolonged use with the intention to mislead doctors and patients.

Feuer insisted that the companies should be held accountable for their “reckless and irresponsible” behaviors that are the major drivers of the opioid crisis. He accused the drug manufacturers of penetrating into professional medical societies and wielding influence over industry norms to create a pro-opioid discourse. The attorney also said that he might consider a new lawsuit to sue doctors who overprescribe pills or write opioid prescriptions for money. However, he didn’t mention any specific time frame for the same.

This is the latest lawsuit to become a part of the multidistrict litigation consolidated in Ohio federal court. For a quick settlement of the litigation, a federal judge is overseeing more than 350 lawsuits filed by states, counties and cities over the opioid epidemic. California is one of the states to be hit hard by the opioid epidemic. The California Opioid Overdose Surveillance Dashboard shows an estimated 2,031 people died of an opioid overdose across the state in 2016. Of these fatalities, 407 overdose deaths occurred in Los Angeles County alone. In fact, experts say that the crisis has assumed alarming proportions in rural areas of the state.

The ongoing opioid crisis has caused immense damage to neighborhoods and communities across the U.S., as national figures indicate a menacing six out of 10 drug overdose deaths in the country involve a prescription opioid. Experts feel that doctors writing unethical prescriptions for opioid painkillers have fueled the crisis. The government should ensure that everyone is made aware of the dangers of opioid abuse because creating awareness is the key to preventing prescription drug addiction.

Moreover, it is frightening to know that prescription opioid abuse is paving the path for rampant heroin use. Due to similar chemical structure, heroin has become a cheaper and perfect substitute for opioids. No wonder, the prescription opioid epidemic will soon be turning into a heroin crisis. Being highly addictive, opioids have the potential of adversely impacting the physical and emotional health of users, along with damaging the overall quality of their life.

However, timely drug addiction therapy can reverse most of the negative outcomes. If a person is grappling with opioid abuse, he/she should immediately seek professional assistance from a top-notch rehab center. Remember that opioid use disorder can have life-threatening consequences, if not treated in time.