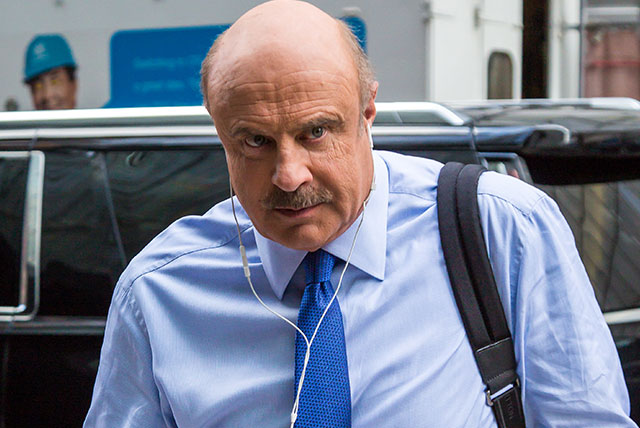 America’s best-known television doctor Dr. Phil McGraw, popularly called as Dr. Phil, and his staff have denied the allegations of providing drugs and alcohol to guests who appeared on the show with the hope of grabbing headlines. The accusations came in the open in December 2017 when Todd Herzog, the former guest and “Survivor: China” winner broke his silence.

According to Herzog, when he was flown to Los Angeles to tape for Dr. Phil’s CBS show in 2013, he found a bottle of vodka in his dressing room and was later offered Xanax by a show staffer to “calm his nerves.” Herzog was already battling alcohol addiction and when he went on the show, he appeared drunk and could not walk.

The show team has denied the claims saying that they were just “documenting the incidents”.

In a statement released to STAT and the Boston Globe, Herzog confessed that he understood the matter to be just a stunt to show his pain, but the worst part was the realization that the massive amount of alcohol in his blood could have killed him. During the show, Herzog told McGraw that he had an entire bottle of vodka that day and was tested for an alcohol level of 0.263, more than three times the legal limit.

While Herzog made the shocking claims, it seems like he was not the only one who suffered. According to the STAT/Boston Globe investigation, few other guests on the show were left without any medical help as they faced withdrawal from drugs. According to one of the female guests, an employee had told her to buy heroin from a drug market to detox her niece. She was also asked not to reveal the name of the producer who gave her the suggestion.

Martin Greenberg, a psychologist and Dr. Phil director of professional affairs has outright denied the claims. Calling Herzog’s claims “absolutely, unequivocally untrue,” Greenberg has clarified that the guests were never provided with drugs or alcohol.

In an official statement, a spokesperson denied serving the guests harmful substances and called the allegations as “errant nonsense”. It further accused STAT on not fairly recognizing the methods used by Dr. Phil or the show’s mission to educate millions of viewers about addiction to alcohol and drugs.

In conclusion, the statement clearly stated that for the past 16 years the show had provided valuable information to its users by telling them compelling stories of people fighting substance abuse battle and that none of the allegations made will deter the producers for its continued commitment to educate and inform the public about the worsening face of addiction epidemic in the nation.

Alcohol is one of the leading causes of preventable deaths in the U.S. Alcohol use disorder (AUD) affects an estimated 16 million people in the U.S., with alcohol-related causes claiming nearly 88,000 American lives each year.

Drinking too much alcohol can lead to a host of negative health consequences, such as poor cognitive functioning, mental disorders, liver and heart diseases and cancers of various kinds. Addiction can be a lifelong battle, making it imperative for individuals to seek professional treatment at certified rehab centers.