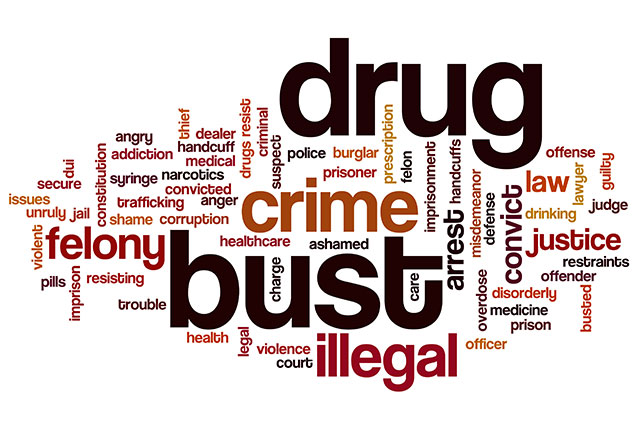 The United States Coast Guard has made a record seizure of more than 455,000 pounds (227.5 tons) of cocaine, worth well over $6 billion, in the ongoing financial year ending September 2017, according to media reports citing the Department of Justice. The seizure of cocaine this year has thus surpassed the last financial year’s record haul of 443,000 pounds (221.5 tons).

On Sept. 20, 2017, the Coast Guard had off-loaded 50,550 pounds of cocaine and heroin from the USCGC Stratton, a 418-foot cutter involved in various drug and immigration operations at the 10th Avenue Marine Terminal in downtown San Diego, California. Attorney General Jeff Sessions was also present on the occasion.

The massive recovery was an outcome of the efforts of the Coast Guard in the past few months. Since Aug. 2, 2017, a total of 25 separate high sea drug seizures have been made by four Coast Guard cutters and the Navy destroyer USS Chafee. The seized drugs were valued at $679.3 million.

As per reports, a Customs and Border Protection (CBP) aircraft, equipped with high-powered surveillance technology discovered an unidentified sea vessel just off the coast of California. The fast-response Coast Guard cutter Steadfast, awardee of the gold marijuana leaf for seizing 1 million pounds of marijuana, was dispatched to intercept the vessel operating underwater to avoid detection on the radar.

The traffickers who manned the semisubmersible (narco-submarine) vessel were surrounded by the heavily armed squads of the Coast Guard. Apart from the Coast Guard and the CBP, the U.S. Drug Enforcement Administration (DEA) was also a part of the joint investigation. In the process of massive recovery of illegal drugs, the Coast Guard arrested 681 suspected traffickers during the year, which is much higher than 585 arrests in the previous fiscal year.

Reacting to the achievement, Coast Guard commandant Admiral Paul Zukunft said that the specialized naval force was “getting better” at intercepting drug boats. He, however, alluded that there has been an overall increase in the cultivation and production of cocaine, especially in Colombia. “Last year we had 60,000 fatalities due to drug usage and that number will only go up next year,” said Zukunft while making the case for the need for the force’s expansion.

While the production of coca and cocaine in Colombia has increased by 134 percent between 2013 and 2016, the amounts of export-grade cocaine has increased from 270 metric tons to 910 metric tons during the period. The cocaine boom seems to be largely driven by the increased production by farmers on the instigation of the Revolutionary Armed Forces of Colombia (FARC). The above step was reportedly undertaken as a countermeasure to the Colombian government’s decision to stop the aerial eradication of coca plants in 2015.

Ironically, the U.S. Coast Guard officials have repeatedly said that their units are not able to keep up with the flow of illegal narcotics making its way into the U.S. from South and Central America. The illegal drug operations seem to follow routes along the west coast of South America to the Galápagos Islands and up to the western Mexico and the southwest coast of the U.S.

At a hearing before the Senate Caucus on International Narcotics Control, Vice Adm. Charles Ray, referring to trafficking in the eastern Pacific Ocean and Caribbean, said, “We have good intelligence on between 80 percent and 90 percent of these movements.” However, the Coast Guard has the capacity and manpower to go after only about 30 percent of those ships.

The easy availability of both illegal and prescription drugs has led to the epidemic the nation has been battling currently. It remains a growing public health concern as large amounts of deadly drugs are responsible for fatal overdoses across the U.S. If you or your loved one has developed an addiction to cocaine, heroin or any other substance, it is imperative to seek help. It is possible to treat addiction through timely medical interventions and behavioral treatment.

Drug busts are no deterrent to its abuse