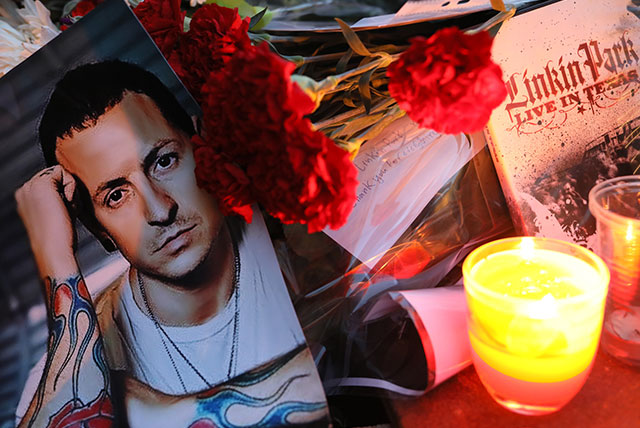 Chester Bennington, who reportedly hanged himself in July 2017, had traces of alcohol in his system at the time of his death, says a new autopsy report. It also revealed that the Linking Park singer and songwriter was not under the influence of drugs when he committed suicide.

Bennington’s blood tested “presumptive positive” for ecstasy in the first test, but two subsequent tests did not detect the drug, leading to the conclusion that the singer was not under the influence of a drug when he took his own life. As per the report, the police also found a pint glass of Corona (less than half full) and an empty bottle of Stella Artois. While authorities did not find any suicide note at the spot, there was a handwritten biography that was not dated. “Autopsy findings are characteristic of suicidal hanging. There was a history of suicidal ideation,” reads the report by Dr. Christopher Rogers, the deputy medical examiner.

In a career spanning more than two decades, Bennington delivered a string of hits like “In the End,” “Shadow of the Day,” “Somewhere I Belong’ and “Waiting for the End.” The non-rap vocalist took his life at a private home in Los Angeles County on July 20, 2017. At the time of his death, Bennington was 41 years old.

Bennington’s struggle with depression and alcoholism

Bennington had started abusing drugs and alcohol at the age of 13. Though he stopped using drugs by 1996, he fell back on heavy drinking on the band’s first tour. He battled depression and alcoholism for most of his life. Though the singer attended a rehab in 2006 and appeared to be sober in the years after, a month before his death, he had suffered a relapse.

At the time of his death, Bennington was undergoing an outpatient treatment program and had been sober for six months. According to Bennington’s wife Talinda, the singer had a history of depression and suicide attempts. She said that he had been prescribed anti-depressants in the past but had not taken them for more than a year.

Alcohol abuse is a leading cause of preventable deaths

Alcoholism is a common problem in the United States, with about 16 million people suffering from alcohol use disorder (AUD). A chronic and relapsing brain disease, AUD is characterized by compulsive alcohol use and negative emotional state when not abusing alcohol. According to the National Institute on Alcohol Abuse and Alcoholism (NIAAA), an estimated 88,000 people succumb to alcohol-related causes every year, making the substance the third leading preventable cause of death in the country.

From work to relationships, alcohol has the potential to ruin everything. However, alcohol addiction can be treated with timely medical interventions. A comprehensive treatment for alcohol abuse involves medically assisted detox followed by psychotherapy under the guidance of trained medical health professionals.

August is National Breastfeeding Month, and the theme for 2020 is Many...Read More

Women's Equality Day is celebrated in the United States on August 26...Read More