Is alcohol use turning into another public health crisis in U.S.?
Breaking News Aug 10, 2017 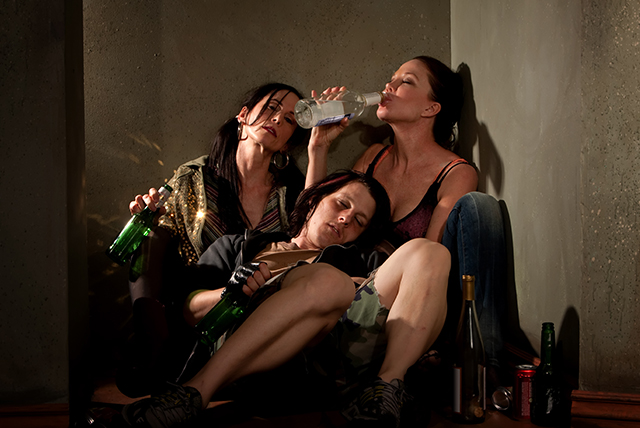 With significant attention being given to America’s opioid epidemic and the legalization of marijuana, experts are worried about another looming public health crisis. A study conducted by the National Institute on Alcohol Abuse and Alcoholism (NIAAA), over 11 years has found a significant increase in alcohol consumption and abuse among Americans. Findings of the study, published in JAMA Psychiatry on Aug. 9, 2017, show that between 2001-02 and 2012-13, alcohol use increased from 65.4 percent to 72.7 percent; 29.9 percent more Americans engaged in high-risk drinking behavior.

More disturbingly, alcohol use disorders (AUDs) increased by 49.4 percent during the period. Although the prevalence of high alcohol use, abuse and AUDs was observed in all demographic groups, the greatest increase was evident in the case of women, adults aged 45 to 64, African-Americans, and people with lower levels of education and income. “We haven’t seen these increases for three or four decades,” confirms Bridget F. Grant, a researcher at NIAAA and lead author of the study. According to her, the increase is “startling.”

Grant suggests that the problem is much larger than it appears since drinking habits are under-reported in studies which require self-reporting. Moreover, people refrain from discussing their drinking problems or deny the existence of such issues. The study estimates that 30 million American adults binge drink at least once a week, with similar numbers reported for alcohol abuse/dependence. If numbers are indeed being under-reported, the crisis is alarming in scale.

Marc Schuckit, who has authored an accompanying editorial to the study, explains that alcohol-related issues are associated with high societal and medical costs. Past research shows that excessive alcohol consumption costs the U.S. nearly $250 billion annually. Schuckit writes that if such issues are ignored, they will lead to substantially higher costs in the form of emergency department visits, ongoing preventive care for affected children and higher costs related to incarcerations. Research from the Centers for Disease Control and Prevention (CDC), shows the serious repercussions of excessive alcohol use on well-being and mortality rates.

According to Grant, the prevalence of alcohol use, high-risk drinking and AUDs is much larger than the enormity of the problem related to other substances such as opioids or marijuana. She adds that alcohol-related issues are “overshadowed” by the focus on other substances despite alcohol being a “highly prevalent drug.” She further explains that the 2008 recession is primarily responsible for the spike in alcohol use – individuals started drinking to cope with the economic distress. Other researchers attribute the increase to easier availability at restaurants and retail outlets, as well as reduced impact of alcohol taxes. Women and other demographic groups may be swayed by specific alcohol marketing approaches or by new products such as flavored vodkas or alcohol-infused lemonades or iced teas.

Grant recommends a greater number of education campaigns regarding treatment programs for alcohol use and AUDs. People need to know about the existence of effective treatment options which include behavioral, cognitive and pharmacological approaches. Some researchers are of the view that increasing the cost of alcohol, either by raising taxes or specifying minimum selling prices, may reduce consumption. Limiting the availability of alcohol by restricting licenses may also help in reducing the overall consumption.

Alcoholic dementia – Heard of it?