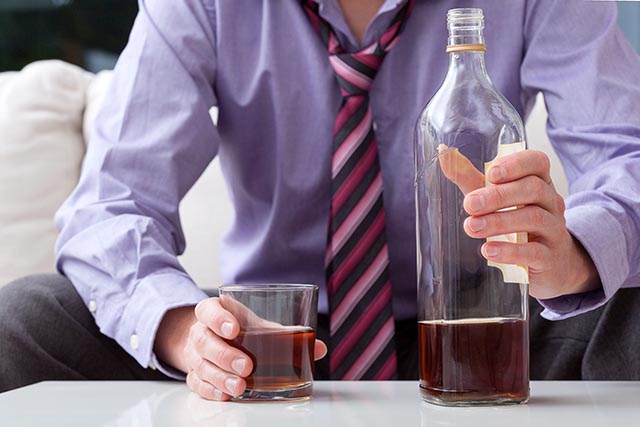 There has been a continuous decline in the incidence of alcohol use disorder (AUD) across the age groups, particularly among the young adults (aged 18 to 25) since the beginning of the century, says the 2016 National Survey on Drug Use and Health (NSDUH). However, on the contrary, an analysis of the death certificate data for the period 1999-2016 has determined a 65 percent increase in the annual deaths from cirrhosis – a serious liver disease caused usually by alcohol abuse – in the United States. The young adults were among the most affected age groups, it highlighted.

The study, published recently in the BMJ, examined the number of deaths resulting from cirrhosis and hepatocellular carcinoma (liver cancer). Dr. Elliot Tapper and Dr. Neehar Parikh, both assistant professors at the University of Michigan Medical School, took up the study after coming across a patient whose “whole body was yellow… it was difficult for him to breathe, and he wasn’t eating anything.” The man in his mid-30s struggled with alcohol addiction, leading to chronic liver disease, and Dr. Tapper had given up on him. Owing to alcohol abuse for years, his liver had stopped purifying blood, and his body had become a depository for the yellowish waste, bilirubin, changing his skin color.

High mortality in people aged 25 to 34

The researchers concluded that the mortality due to cirrhosis has been increasing in the U.S. since 2009. “Driven by deaths due to alcoholic cirrhosis, people aged 25-34 have experienced the greatest relative increase in mortality. White Americans, Native Americans, and Hispanic Americans experienced the greatest increase in deaths from cirrhosis,” the study found. It also observed that though the situation was improving in Maryland, it worsened in states like New Mexico, Kentucky, and Arkansas.

During the period of the study, mortality from cirrhosis jumped to 34,174, an increase of 65 percent. At the same time, the annual deaths from liver cancer doubled to 11,073. Among all, Asians and Pacific Islanders were the only demographic subgroup that saw a lowered mortality from liver cancer, with the death rate decreasing by 2.7 percent annually.

“During 2009-16 people aged 25-34 years experienced the highest average annual increase in cirrhosis-related mortality, driven entirely by alcohol related liver disease. During this period, mortality due to peritonitis and sepsis in the setting of cirrhosis increased substantially, with respective annual increases of 6.1 percent and 7.1 percent,” says the study.

Alcohol abuse, especially heavy and binge drinking, leads to increased risk of accidental injuries, violence, and health problems like cancers and liver diseases. Consuming five or more drinks on an occasion for men or four or more drinks on an occasion for women is categorized as binge drinking. Excessive alcohol use caused around 88,000 deaths annually in the U.S. during 2006-2010. Moreover, it caused 2.5 million years of potential life lost, according to the CDC.

Excessive drinking was responsible for one in 10 deaths among working-age adults aged 20 to 64. Its economic costs in 2010 were projected at $249 billion, which comes to more than $2 a drink. Given the heavy price the nation pays, alcohol abuse needs to be controlled at any cost. Though drinking in small quantity and at long intervals may not be so harmful, it may lead to the urge to drink more. Gradually, drinking becomes a habit and an addiction, which cannot be cured without proper treatment and alcohol abuse programs.