2 Colorado nurses sent to jail for stealing opioids from hospitals
Breaking News May 03, 2018 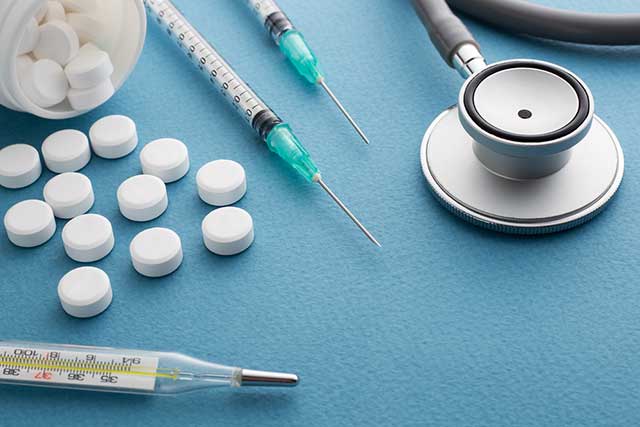 According to court documents, Jones pleaded guilty to stealing fentanyl, hydromorphone and morphine from the Veterans Affairs Medical Center (VA) in Denver and UCHealth in Aurora in 2016 and 2017. In the other case, Gilmore was found guilty of stealing the opioid drugs from North Colorado Medical Center in Greeley in 2016. The court documents stated that the behavior of both the nurses had put numerous patients at a risk of various life-threatening conditions.

After being fired from the VA in 2016, Jones worked with UCHealth from November 2016 until a pharmacist in February 2017 raised an alarm about a tampered vial of fentanyl. This incident occurred only a few months after Jones was labeled for using a high amount of fentanyl and morphine. However, Jones was lucky enough to grab a job as a contract nurse again at the VA from March 10 to April 27, 2017, as the facility was not aware about her firing from UCHealth. After joining the VA, she did not mend her ways and began stealing hydromorphone vials for her own use and then, resealing them after filling with saline.

Gilmore was employed with the University of Colorado Hospital in Aurora in 2014, but resigned after she was questioned about the act of diverting drugs from the facility, hospital managers reported about her slurred speech. Lucky enough, Gilmore soon got another job at North Colorado Medical Center’s critical care unit in Greeley in 2015 where she used to steal fentanyl, morphine and hydromorphone and refilled the syringes using tap water.

The current incidents came to light after the 2016 prosecution of Rocky Allen, an HIV-infected surgical technician who stole syringes filled with powerful painkillers at Swedish Medical Center in Englewood. While his case had already shaken the trust of people on the health care system, the returning of Jones’ nursing license in August 2017 by the Colorado State Nursing Board after her agreement to participate in a monitoring and drug treatment program has sent shockwaves all around.

Like Jones who tried to sought leniency from the judge on the ground of suffering from rape trauma, many medical professionals have been found abusing opioids. The need of the hour is to frame laws that can put a curb on such rogue elements in the health care system.

Fortunately, addiction to opioids can be treated with timely medical intervention. If a person is grappling with an opioid use disorder, he/she should immediately seek professional help from the best rehabilitation center. Remember that opioid addiction can have life-threatening implications, if left untreated.