1 in 5 Americans knows someone addicted to opioids, says survey
Breaking News May 24, 2018 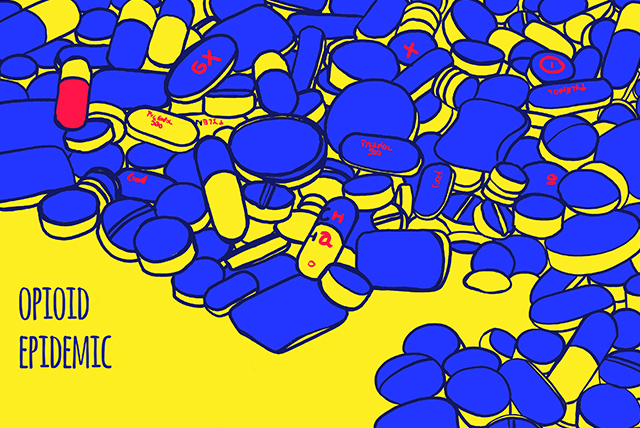 A common perception people tend to harbor about factors pushing individuals toward opioid addiction is the despondency and helplessness stemming from poor economic condition. Taking this forward, many in the United States also live with the idea that economic scenario of people is an important contributor to the ever worsening opioid epidemic. However, the recently released fifth annual Survey of Household Economics and Decision-making (SHED) suggested that there was a need to move beyond economic status to comprehend the real cause behind the opioid epidemic.

The analysis also came up with some other important points like one in five people in the United States knows someone who has been addicted to opioids. As per the report, the problem of opioid addiction was more prevalent among the whites compared to minorities – white Americans were twice as likely to be exposed to the opioid epidemic compared to minorities (Hispanics and Blacks). It said 25 percent white people were “personally exposed to opioid crisis,” whereas the figure for blacks and Hispanics stood at 12 percent and 15 percent, respectively.

However, the surveyors found that white working-class with low education or without a college degree was more prone to addiction-related deaths.

Looking at the scourge of opioid crisis that the country is battling, the annual report on the economic well-being of American households included questions on opioids for the first time. The survey also discovered that “adults who were exposed to the epidemic had somewhat less favorable assessment of economic conditions compared to those who had not been exposed.” Thus, it discovered that for over half of adults exposed to opioid addiction, “their local economy was good or excellent.”

The annual survey designed to showcase the financial situation of American adults looked at how the ongoing opioid epidemic may affect their economic well-being.

Opioids are often prescribed to relieve moderate to severe painful conditions like the one stemming from surgery or a chronic ailment. Opioids include heroin, morphine, oxycodone, fentanyl and many other drugs. Due to their pain-relieving properties and the ability to produce a sense of well-being among users, the chance of opioid misuse is quite high, which can lead to dependence, overdose or addiction. In such a situation, one needs effective drug abuse recovery programs, combining supervised detox with behavioral therapies.

Opioid abuse and addiction continue to ravage communities across America with hundreds of thousands of American lives being lost each year. Considered to be the leading cause of injury deaths in the U.S., the epidemic has claimed more than 300,000 Americans lives since 2000. Even though multiple steps have been taken by governmental and non-governmental agencies to address the epidemic, they are yet to show any conclusive results to contain the national crisis.