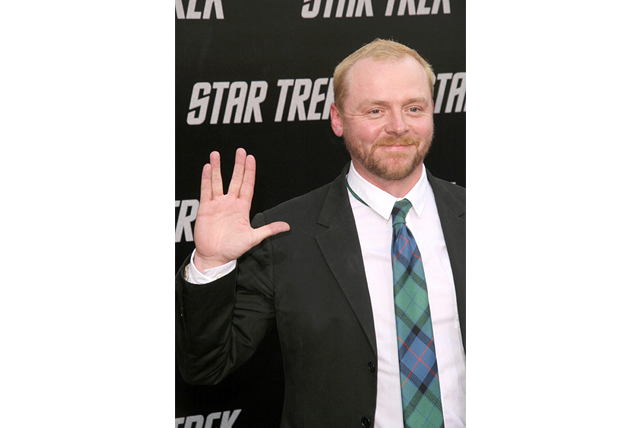 British actor Simon Pegg recently revealed his struggle with mental health issues — depression and alcoholism. In a recent interview with The Guardian, Pegg confessed that he was more depressed when his career was at its peak. He said that even the success was not able to satisfy him and he continued to go down. He accepted that due to his poor mental condition he was not able to experience the happiness. According to Pegg, he had grappled with depression since he was 18 and tried to self-medicate by drinking excessive amount of alcohol.

Pegg’s addiction to alcohol came to the fore in 2006 when he was shooting for “Mission: Impossible III” in Los Angeles. “When I watch that film back, I can see where I was then, which was fairly lost, and unhappy, and an alcoholic,” he said. While promoting “Paul,” he went missing for four days and came back to the United Kingdom. Pegg described that some people helped him to get out of his condition and return to the right path. He enrolled in a rehab center that changed his life altogether. “I don’t think I would be here now if I hadn’t had help,” the actor said.

Pegg quit drinking in 2010. He said that his fans would find him “bloated and dead eyed” in “Burke & Hare.” He realized how much he used to drink and was so much unhappy. Pegg described that at the time of his casting in the “Mission Impossible” series with Tom Cruise, he felt secured. According to him, the people around him supported him to come out of the darkness and made him realize that life was meant to be enjoyed. He also said he felt better after the completion of “Ghost Protocol.”.

Prevalence of alcohol addiction in US

Alcohol is a part of American lifestyle, making it a socially acceptable substance. According to the National Survey on Drug Use and Health, in 2016, 136.7 million Americans aged 12 or older were current users of alcohol, while more than 65 million reported binge alcohol use in the past month. Moreover, alcohol claims over 88,000 lives every year in the U.S. The NSDUH data also shows that more than 15 million people aged 12 or older had an alcohol use disorder (AUD) in 2016.

The main symptoms of alcoholism are intolerance, craving and anxiety. The good thing is that alcohol addiction is a treatable condition. If an individual is suffering from alcoholism, one should seek treatment from a behavioral health care specialist. The first step to treat alcoholism is to undergo detoxification at a reputed rehab center. Remember that AUD can have life-threatening consequences, if left untreated.